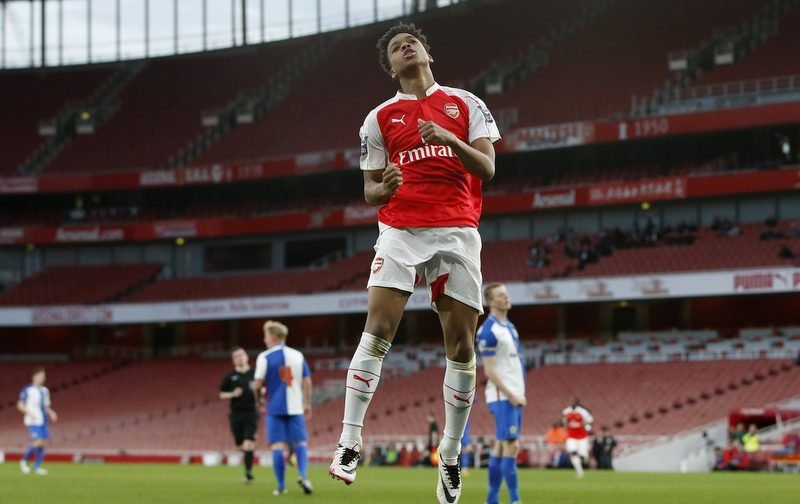 And just because the Premier League takes a back seat due to the international break, it doesn’t mean our countrymen cannot execute some tantalising trickery or strike a stunning goal to cure our boredom.

The 19-year-old, who has made two first-team appearances for Premier League outfit Arsenal this season in the EFL Cup, wrapped up England Under-19s impressive 3-0 win over Spain on Friday to book the Young Lions’ spot at this summer’s European Championships, with a game to spare.

The Gunners starlet delivered the final blow with just four minutes left, netting England’s third and final, plus best, goal of the match, with the No.14 winger terrorising the Spanish defence with a mazy run to the edge of their penalty box, before unleashing an unstoppable effort into the top corner.

Willock is highly-rated at the Emirates Stadium, but Scottish Premiership giants Celtic are reportedly interested in snapping up the young forward this summer.