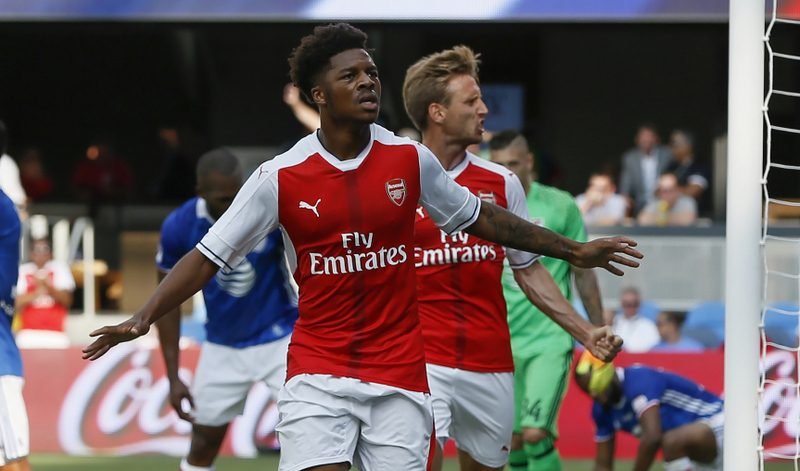 Following the close of the 2017 January transfer window, despite Arsenal only bringing in non-league defender Cohen Bramall from Hednesford Town, the Premier League side did sanction a deal for their young forward, Chuba Akpom, who has joined Brighton and Hove Albion on loan for the remainder of the 2016-17 season.

The 21-year-old, who is an England Under-21 international, has made just one first-team appearance for The Gunners this term – starting Arsenal’s 4-0 EFL Cup victory over Nottingham Forest back in September.

Now having joined The Seagulls, who currently sit top of the second-tier standings, Akpom will be looking to achieve promotion to the Premier League in successive seasons after helping Hull City win the Championship play-off final last term.

Thanks to our friends at Furious Football Diaries (FFDTV), this video gives Brighton fans a glimpse of what they can expect from Akpom in the months to come – trickery, confidence and cheekiness!