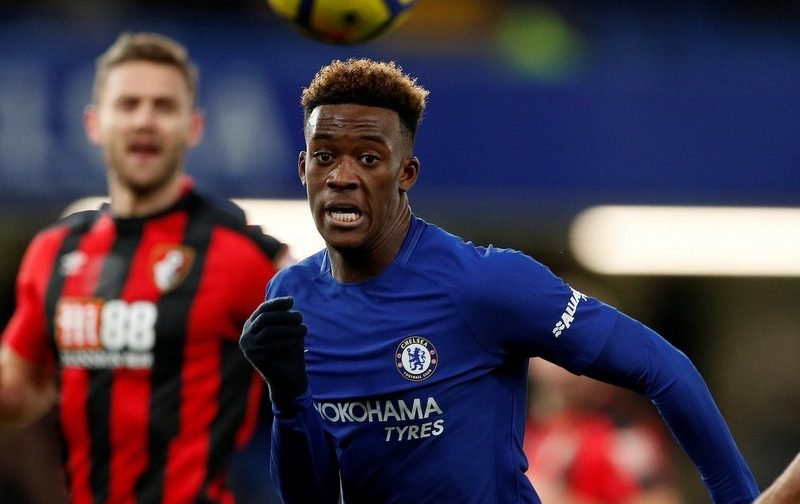 So today we bring you a compilation video of youngster Callum Hudson-Odoi, who made his Premier League debut for Chelsea against AFC Bournemouth on deadline day late last month.

Despite The Blues suffering back-to-back league losses recently, and the future of manager Antonio Conte thrown into serious doubt, at least the emergence of youth academy graduate Hudson-Odoi will brighten up any Chelsea supporters’ day.

The midfielder, who has been with The Blues since 2007, replaced Davide Zappacosta after 65 minutes at Stamford Bridge during their 3-0 home defeat to The Cherries, but thoroughly impressed in just his second senior appearance for the club.

Hudson-Odoi, who only made his first-team debut against Newcastle United in the FA Cup only a few days before last week’s substitute outing, posted the above video on his Twitter profile to show what he can bring to Conte’s senior squad for the rest of the season.

The England Under-17 international shows off his range of pinpoint short and long passes, quick turn of pace, neat flicks and tricks to beat his markers, his ability to beat a man and constant drive to get forward, despite the disappointing scoreline at the Bridge.

Hudson-Odoi’s talent, potential and first-team emergence is sure to bring a smile to those Chelsea fans feeling rather Blue at the moment. Certainly a young star to keep an eye on – for club and country!