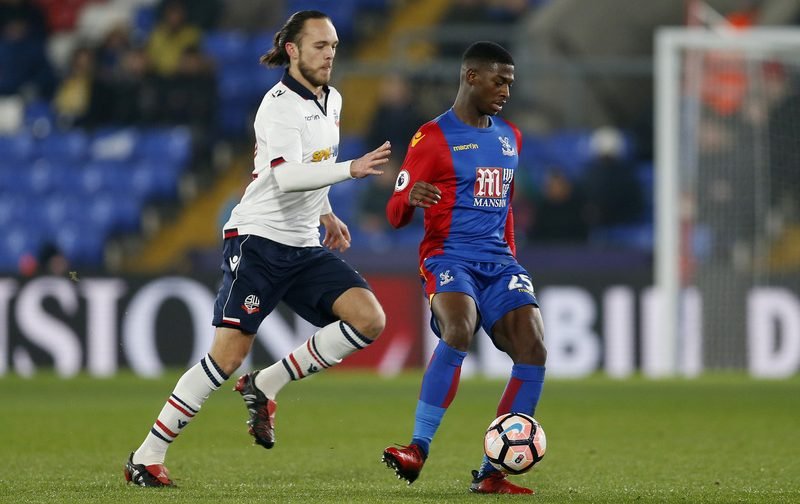 The 21-year-old, who was born in London to Sierra Leonean parents and joined The Eagles aged 15, was recalled by the Premier League outfit in January from his loan spell at Championship outfit Brentford.

Kaikai scored three goals and provided one assist in 18 appearances for The Bees before his return to Selhurst Park, having also enjoyed previous loan spells at Crawley Town, Shrewsbury Town and Cambridge United.

The winger, who featured twice for Palace against Bolton Wanderers in the FA Cup back in the New Year, shows off his precision, technique and skill by hitting the crossbar first time in Furious Football Diaries‘ (FFDTV) latest video. Tekkers!