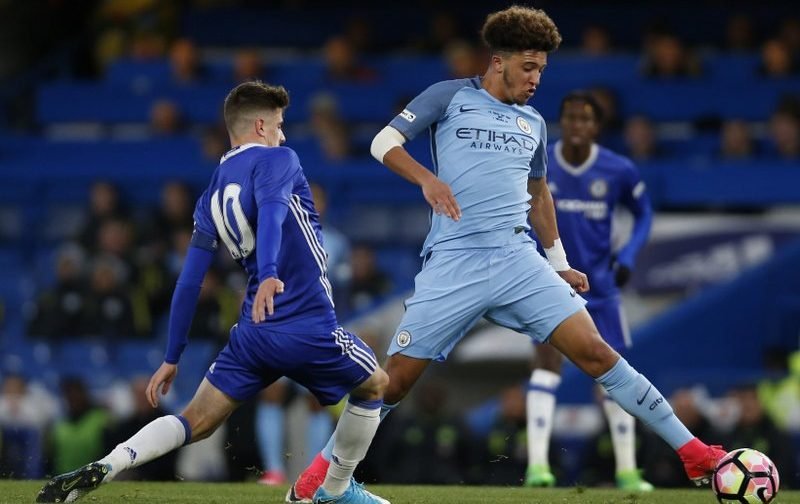 But this month’s feature looks at what could have been for Manchester City fans, as we focus on the talented Jadon Sancho, who has recently joined Borussia Dortmund.

The 17-year-old highly-rated winger was handed the number seven shirt vacated by Ousmane Dembele by the Bundesliga outfit after his reported £10m transfer from the Premier League side late last month.

The teenage forward made it clear he wished to leave City this summer, even refusing to train in a bid to force through a move.

Sancho, who joined The Citizens back in 2015 for just £500,000, has been handed the difficult task of filling the void left by France international Dembele at Dortmund, following his colossal £135.5m transfer to FC Barcelona earlier this summer.

Thanks to FFDTV, you can watch this compilation of Sancho’s supreme skill for England at the Under-17 European Championship this summer, as they lost the final to Spain on penalties. He scored five goals in six games, plus provided five assists.

Despite City letting Sancho slip through their fingers, hopefully the wing wizard will prove a huge hit for The Three Lions in the near future!