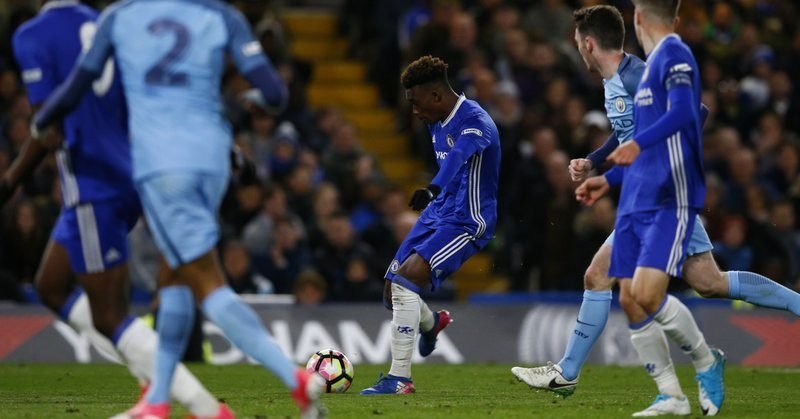 This month’s feature looks at what the future holds at defending Premier League champions Chelsea, with a certain Callum Hudson-Odoi creating a bright future for himself by starring for The Blues’ Under-21 side, despite being just 16-years-old.

The versatile forward, who signed a new three-year contract with the top-flight club earlier this summer, has scored four goals and provided two assists in eight appearances in all competitions for far this season.

Hudson-Odoi, who also impressed for the England Under-17 side at the 2017 UEFA European Championships, where the Young Lions lost out to Spain in the final on penalties, was linked with loan moves to Championship sides Bristol City and Queens Park Rangers earlier this summer.

However the highly rated youngster, who can also operate as an attacking central midfielder, stayed with Chelsea’s youth ranks and has even experienced senior football this term, scoring twice for The Blues during their Checkatrade Trophy tie against League One Plymouth Argyle back in August.

Watch the skills compilation video above from our friends at FFDTV to see for yourself why 16-year-old Hudson-Odoi is held in such high regard at the Premier League giants.