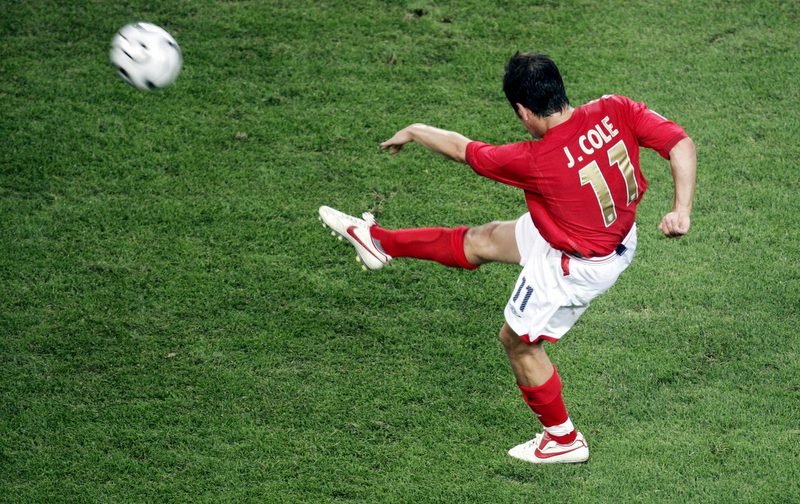 This evening, SHOOT posts a Throwback Thursday as it was 12 years ago since England last faced Sweden at the FIFA World Cup finals.

Ahead of Saturday’s quarter-final clash at the Samara Arena in Russia (15:00) for a place in this summer’s semi-finals, we look back on former Three Lions midfielder Joe Cole’s sublime strike against the Swedes in Cologne.

The former Chelsea, Liverpool and West Ham United star unleashed a spectacular dipping effort from over 35 yards out to open the scoring during England’s final Group B encounter at the 2006 FIFA World Cup finals in Germany.

Marcus Allback drew Sweden level shortly after half-time, before Steven Gerrard headed England back in front five minutes from time, only for Henrik Larsson to equalise in the dying embers of the game.

England still topped Group B, having defeated Paraguay 1-0 and Trinidad and Tobago 2-0 previously, to meet Ecuador in the last 16 of the tournament.

Sven-Göran Eriksson’s side narrowly fought off the South Americans 1-0, before crashing out to Portugal in the quarter-finals on penalties (3-1).

Fingers crossed Gareth Southgate’s men have better luck on Saturday when they take on Sweden in the quarter-finals of this year’s tournament, with a semi-final clash against hosts Russia or Croatia awaiting the winner.