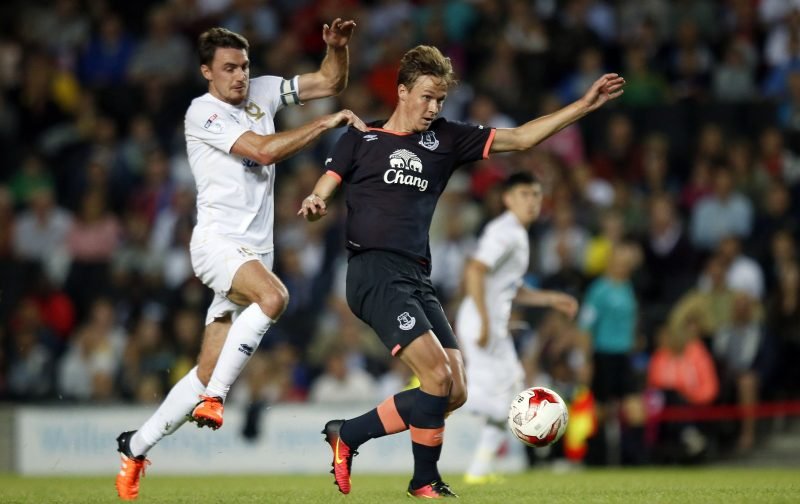 This time it’s a double-header for Everton fans after their U23s side beat their Tottenham counterparts 4-1 on Monday night under the lights at Goodison Park.

The Toffees youngsters have had a fantastic season and now just need two points to be named champions. In what was a fine performance on Merseyside, featuring a goal from January signing Ademola Lookman and a return to playing for Muhamed Besic after eight months out.

However, there were two in blue who stood out above all others with their performances on the night. 19-year-old striker Bass Sambou and England U20 midfielder Kieran Dowell impressed with two stunning strikes from the edge of the box.

Toffees boss Ronald Koeman will certainly have been keeping an eye on the game and will have taken note of the superb technique on show.

Take a look at the wonderful efforts below, and keep an eye out for their names in the years to come…