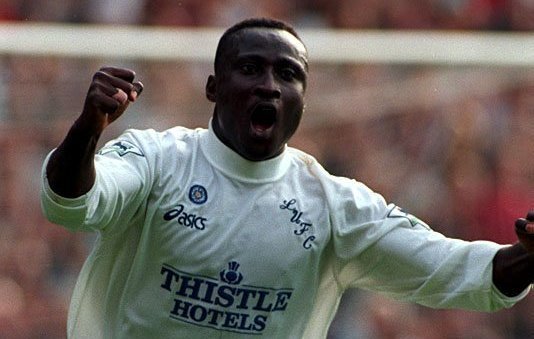 This evening, Shoot! would like to wish former Ghana international striker Tony Yeboah many happy returns as he celebrates his 52nd birthday today.

To mark the ex-forward’s latest milestone, we decided to publish a throwback post on his memorable strikes for Leeds United. 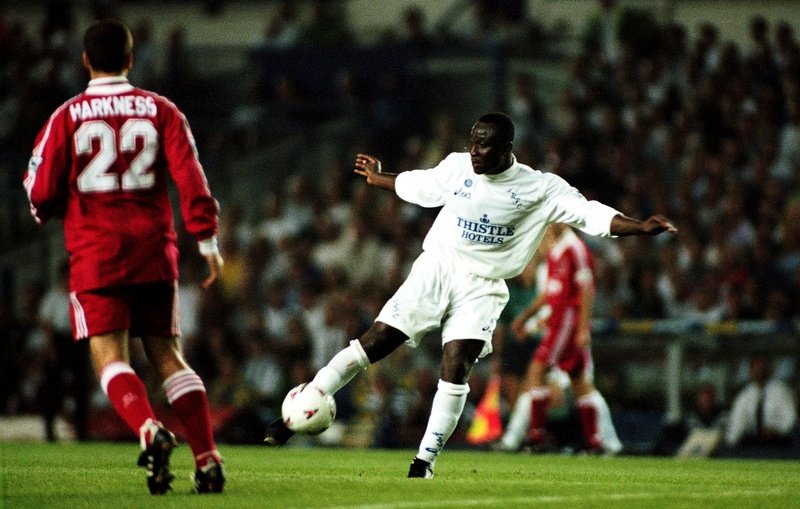 Yeboah joined The Whites from Eintracht Frankfurt in January 1995 in a deal worth around £3.4m, going on to score 32 goals in just 66 appearances in all competitions.

Voted Leeds’ Player of the Year in 1996, the Ghanaian is a cult hero at Elland Road following his wondergoals in a white shirt.

Watch the video above to admire his venomous volley against Liverpool and spectacular strike against Wimbledon during the 1995-96 campaign, with the latter strike being awarded Goal of the Season.

Yeboah also became the first foreign player to score a league hat-trick after his treble against Ipswich Town in April 1995.