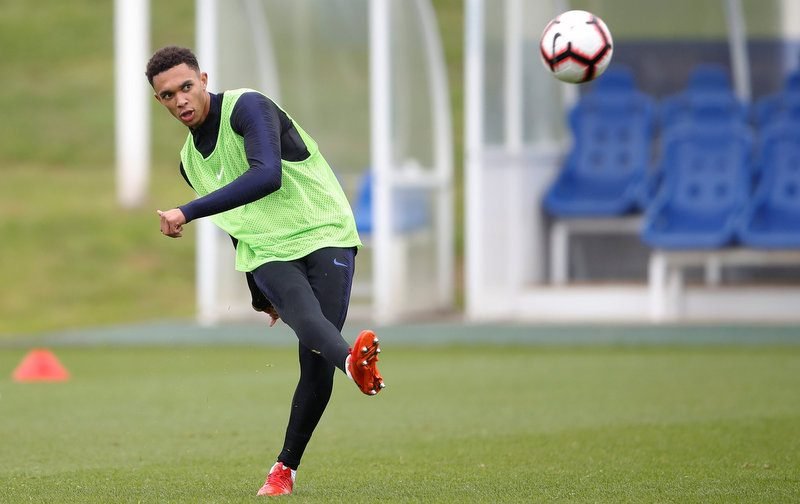 Today’s feature comes from the current international break, with England preparing to take on Spain in the UEFA Nations League on Saturday night (19:45).

Liverpool defender Trent Alexander-Arnold is looking to earn his third senior cap for the Three Lions, and showed off his skills in training to settle an argument with team mate Jesse Lingard on England’s Instagram account.

The 19-year-old, who was included in manager Gareth Southgate’s FIFA World Cup squad earlier this summer, stunned the Manchester United winger by rattling the crossbar from almost the halfway line after being challenge by Lingard, who refused to shake his hand after a lighthearted training debate.

That’s how to settle an argument! Wait for it…

Trent Alexander-Arnold has started all four of Liverpool’s Premier League games so far this season, with The Reds currently sat top of the league table with a 100 per cent record.

England face Spain in the Nations League at Wembley Stadium on Saturday, before hosting Switzerland in an international friendly on Tuesday night (20:00).