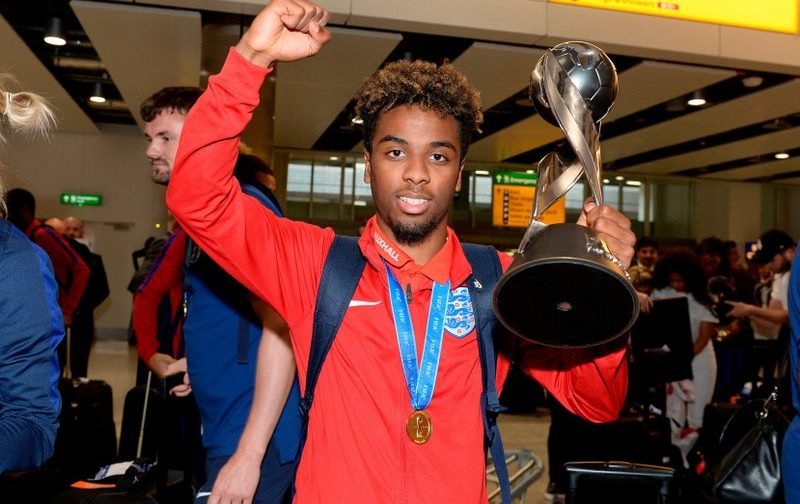 So, on Christmas Day, we thought we would hand you one last gift in the form of Manchester United starlet Angel Gomes.

The 17-year-old, whose godfather is former Red Devils winger Nani, put pen to paper on his first professional contract with the Premier League giants earlier this month.

Teenager Gomes made his first-team debut against Crystal Palace at Old Trafford on the last day of the 2016-17 campaign, replacing legend Wayne Rooney during the hosts’ 2-0 victory.

Having been with United since he was just six-years-old, England Under-18 international Gomes is tipped to become The Red Devils’ ‘next best thing’ at The Theatre of Dreams, having starred for the club’s Under-18 side and in the UEFA Youth League this term.

Watch the video above from our friends Furious Football Diaries (FFDTV) when they put together a terrific compilation of the attacking midfielder’s devastating skills and trickery for club and country.