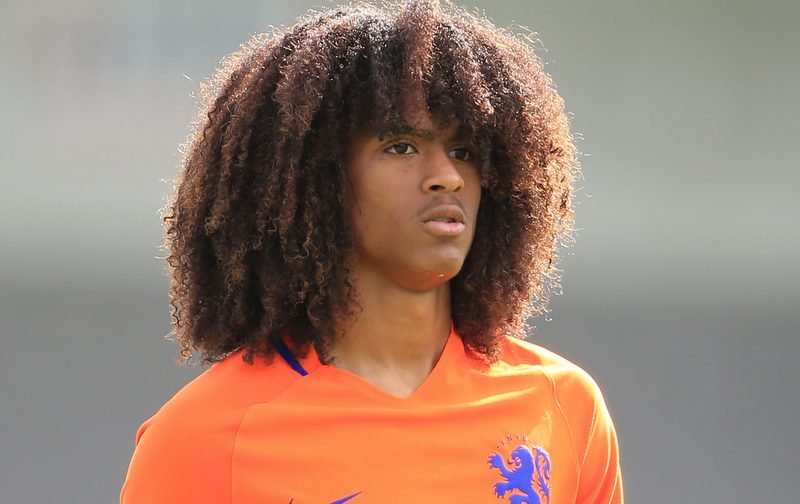 Recognise the name, Tahith Chong? No. Well, you soon will!

The shaggy haired winger, 17, impressed during United’s 2-1 defeat to Southampton in the FA Youth Cup on Monday night at Old Trafford, with a certain Jose Mourinho watching on from the stands.

Undoubtedly, the ‘Special One’ must have been pleased with what he saw of the Netherlands Under-19 international, after netting the Red Devils’ eventual consolation goal in stunning style.

Chong, who joined the Premier League giants from Feyenoord back in July 2016, expertly brings the ball down from a lofted cross, before swivelling on the spot to fire the ball into the top left corner in the above video.

Rated as one of Holland’s brightest prospects, it is fair to say Chong made his name heard inside the Theatre of Dreams in midweek, and showed Mourinho a glimpse of what he can produce.

With fellow young forward Marcus Rashford also in the stands, could Chong follow in the footsteps of the England international and achieve a meteoric rise into Manchester United’s first-team ranks?

Only time will tell…