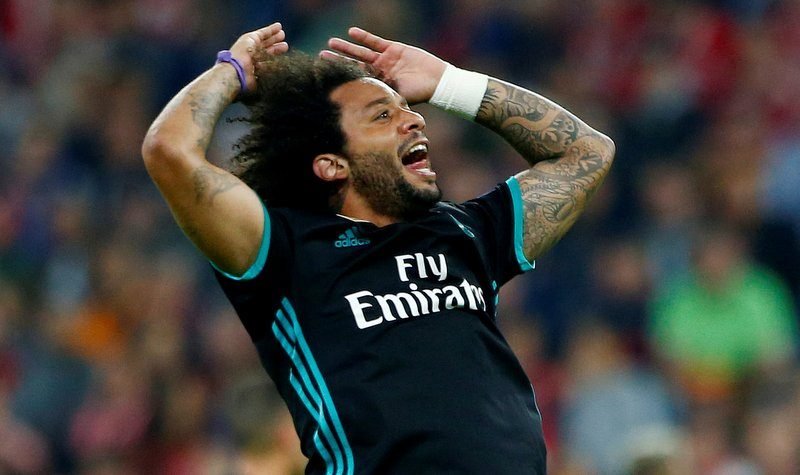 Following Real Madrid’s terrific 2-1 win away at FC Bayern Munich in the UEFA Champions League semi-finals on Wednesday night, we have picked up upon two pieces of sublime skill from defender Marcelo.

The 29-year-old, who has 52 international caps for Brazil, drew the La Liga giants level at the Allianz Arena, after Joshua Kimmich’s 28th minute, with a wonderful half-volley shortly before half-time.

Marcelo, who has now scored five goals and provided seven assists in 39 appearances in all competitions for the defending European champions, was the first player to finally react to Daniel Carvajal’s header across the face of Bayern’s penalty area, unleashing a piercing first-time strike into the far bottom corner.

The full-back was as cool as you like celebrating his equaliser for the visitors, who take a one-goal advantage into their semi-final second leg at the Bernabeu on May 1.

He executed the perfect technique to bury the ball past Bayern goalkeeper Sven Ulreich, providing a masterclass lesson on how to strike a volley, or half-volley, first-time. Take notes, kids!

Plus, take a look at this second piece of exquisite skill from the Samba star last night, effortlessly controlling the ball from a lofted pass from his defensive team mate. Faultless.

No wonder football fans on social media last night were labelling Marcelo as the best left-back in the world, right now. Do you agree?

Can we all just take a second to appreciate this touch by Marcelo please.