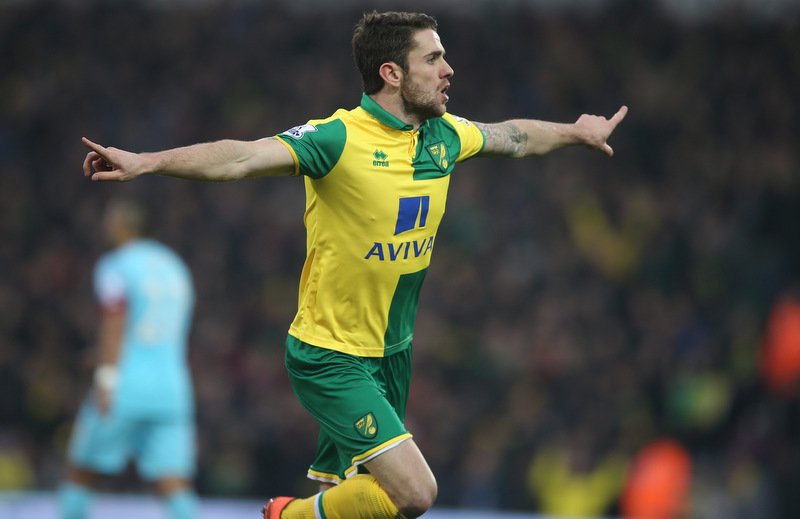 Burnley have put in a £13m bid for Crystal Palace target Robbie Brady.

According to a report in The Mirror Burnley have put in an initial bid of £10m which would rise to £13- presumably dependent on Sean Dyche’s side staying in the Premier League.

Brady has been in good form for Norwich but with the Canaries unlikely to gain promotion they are resigned to selling the Irish internationalist.

Sam Allardyce is a big fan of the 25-year-old who can play at left-back or in left midfield.

Unfortunately half a dozen other clubs have the same opinion with Sunderland and West Brom also among Brady’s admirers.

Norwich are hoping that a bidding war breaks out with the offer from Burnley the marker for other side’s to match.

In 2015 Norwich paid Hull City £7m for Brady and are hoping that they could double their money by selling him- to a side that avoids relegation at the end of this season.