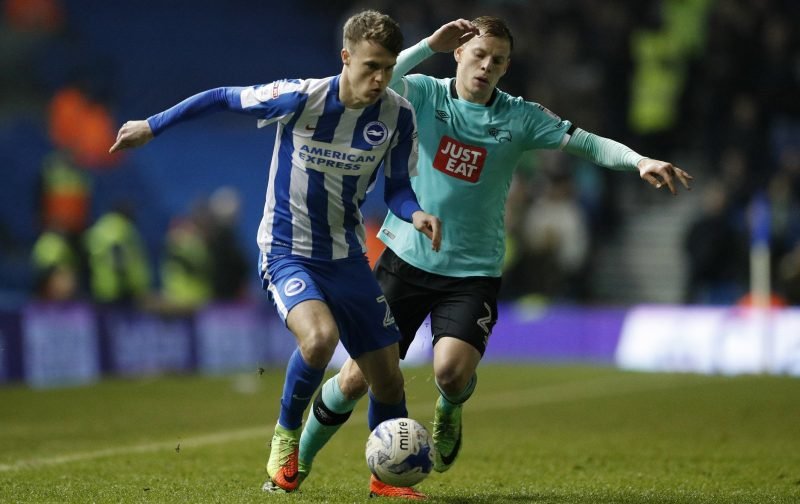 Brighton winger Solly March picked up his first goal in an England shirt during their 4-0 win over Denmark and he did so in some style.

The 22-year-old started for Aidy Boothroyd’s side, who took the lead early on through Chelsea’s Ruben Loftus-Cheek, and it wasn’t long before he made his own contribution.

Finding space on the corner of the Danish area, the winger lined up his effort and rifled a fine shot into the far corner, leaving ‘keeper Jeppe Højbjerg helpless to stop it.

Take a look at the goal here:

Whilst Brighton fans will undoubtedly be delighted for their man, who has scored three and setup four in all competitions for Chris Hughton’s side so far this season, the strike could well be turning heads further down the coast.

Last summer, reports linked the England U21 with a move along the south coast to Premier League Southampton. Whilst nothing came of the talk, the goal will have definitely had the powers that be at St. Mary’s thinking again.

Whilst March penned a new contract until 2020 at Brighton in October last year, the Saints would still be confident of landing a deal.