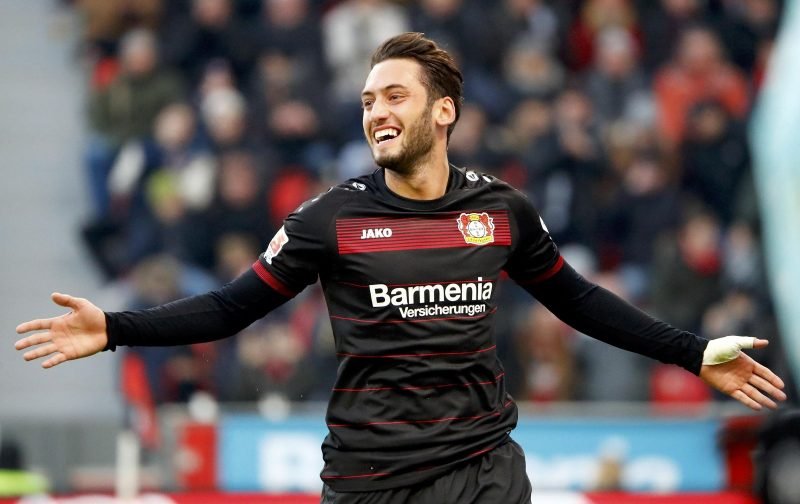 Bayer Leverkusen midfielder Hakan Calhanoglu has admitted that he is eyeing a move to Chelsea during the summer.

The Turkey international, who is currently serving a whopping four month ban for a misdemeanour over a move when he was a teenager, is looking to join the runaway Premier League leaders when the window opens at the end of the season.

The 22-year-old, who has been the subject of many a visit to Leverkusen by Chelsea scouts, told Turkish newspaper, Fanatik (via Daily Mail):

“God willing, I will be a Chelsea player next season,

“There are also a number of other clubs interested in signing me.”

Prior to being handed the ban, which has ruled the midfielder out for the rest of the season after kicking in against Hamburg last week, Calhanoglu had picked up seven goals and as many assists in 22 appearances for the German outfit.

With the added pressures of Champions League football that Antonio Conte’s side, barring an almighty fall from grace over the rest of the season, will face next term, the Italian will look to be adding quality to his squad to ensure that they are competitive on all fronts.