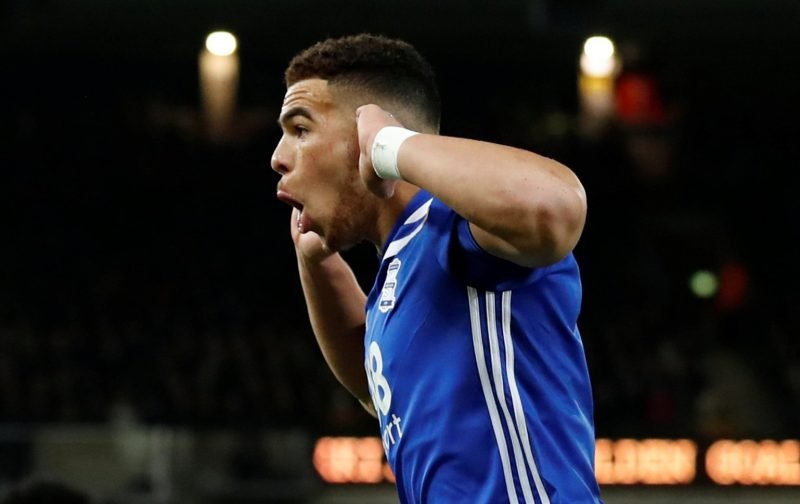 Burnley are targeting Birmingham City striker Che Adams as a replacement for the outgoing Sam Vokes, according to the Mirror.

£15million-rated Adams is set to leave St Andrew’s for the Premier League, with Burnley also facing competition from Southampton for the 22-year-old’s signature.

The forward has attracted plenty of top-flight interest this January, with Birmingham having rejected an £8million offer from the Saints earlier in the month.

It is reported that Burnley are hopeful of bringing in the former Sheffield United man before they offload Vokes to Stoke City, but Southampton are also prepared to meet the player’s wage demands of £35,000-a-week.

The Clarets are said to be confident that Sean Dyche’s track record of nurturing Championship players in the Premier League – namely Tom Heaton, Nick Pope and Chris Wood – will help them secure the deal.

Having started his career at non-league Oadby Town, Adams arrived in the midlands in 2016 from Sheffield United for a fee of around £2million.

He has gone on to score 26 times for the Blues in 98 league appearances, and has registered 14 goals this term already.

With no experience in the Premier League, Adams would be a gamble for both Burnley and Southampton, especially given the hefty price tag of £15million.

But with both clubs hovering dangerously above the relegation zone, that fee could prove to be a bargain if he scores the goals to keep his chosen side away from the dreaded drop.