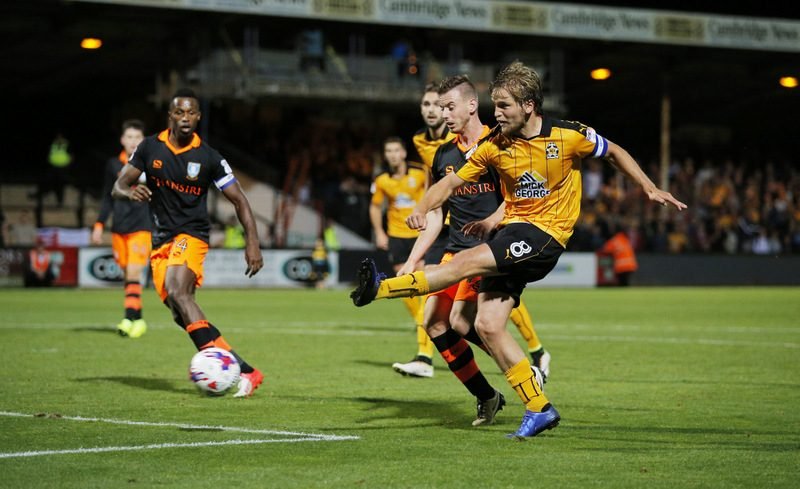 As Cambridge United aim to gatecrash the League Two play-off party this season, defender Brad Halliday is confident the squad is good enough to climb the divisions.

The 21-year-old, in an exclusive interview with Shoot!, is set to return from a four-week injury lay-off when Shaun Derry’s men visit Barnet on Saturday (15:00).

“I think a lot of players in our team can definitely go and play higher in the leagues,” claimed Halliday.

The right-back, who arrived at the Abbey Stadium last summer from Premier League outfit Middlesbrough, also had particular praise for midfielder Luke Berry, who is spearheading Cambridge’s promotion charge, having scored 15 goals in all competitions this term. 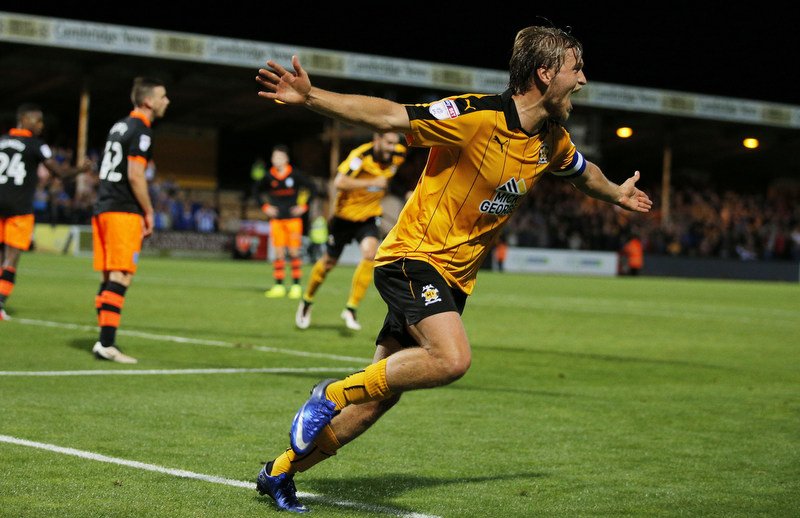 He added, “He is frightening really.

“When I first came [to Cambridge], I was struggling to see how we were going to win games or pick up points.

“But we have such talent within the team, Luke being one of them. The gaffer changed the shape of the team, dropping Luke into that number ten role, which is probably his best position.

“He is a midfielder, but I would probably say he is more classed as a striker. He has scored a lot of crucial goals for us.”