Can Will Hughes fulfil his world-class potential? 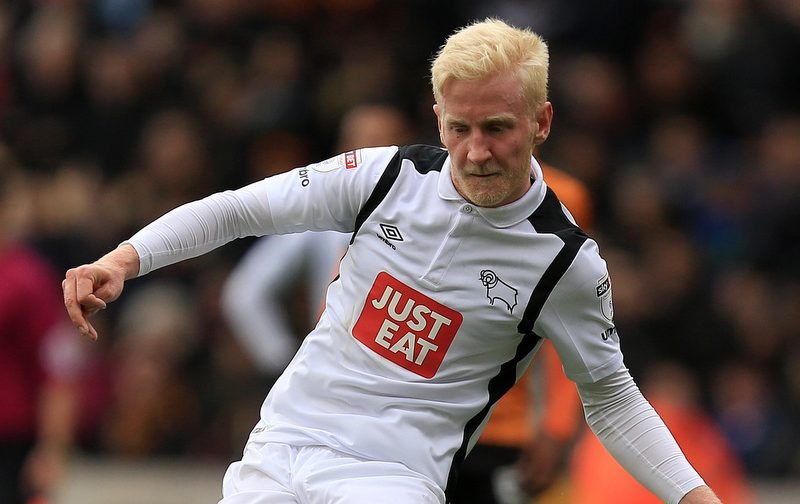 When Will Hughes first came onto the scene back in 2011, many wondered if he was going to be able to tackle one of the toughest leagues in the world.

Since he was first integrated into the squad, Hughes has proved doubters wrong and his consistency each game is commendable. He has had over 80% passing accuracy in all four seasons already.

Unfortunately, his injury in the first match against Bolton Wanderers last term put him out for the season, however on his return, he came back stronger and better than ever.

Hughes’ passing accuracy percentage is still in the high 80’s and has created 27 chances already this campaign.

He has been given mass praise by both the media and his coaches. Through staying at Derby County, Hughes will be given consistent game time week in week out. The transfer speculation of moving to a top side in the Premier League is something we’ve all become accustomed to, with a contract extension that’ll hopefully be dealt with soon, he’ll be able to flourish with The Rams for at least another season to make him the complete player that he has the potential of becoming.

The Derby fans absolutely love him up at Pride Park Stadium, forever chanting his name, especially when he produces his spectacular flicks and passes to get him out of confined spaces. He is crucial to the Rams’ side, playing 48 games in the 2013/14 season, helping his side reach the play-off final, which they narrowly lost to QPR.

Those who watch Hughes know he has more to add to his game and Steve McClaren has recently said on the midfielder, “There is a lot more to come. He has to do a lot more, and he has got the potential. He is capable of doing that.

“Will has the potential to go all the way but he is at a very good place at the present moment to learn the ropes, shall we say.

“He has a bright future and he knows he has to perform on the field, and that is all he focuses on.” 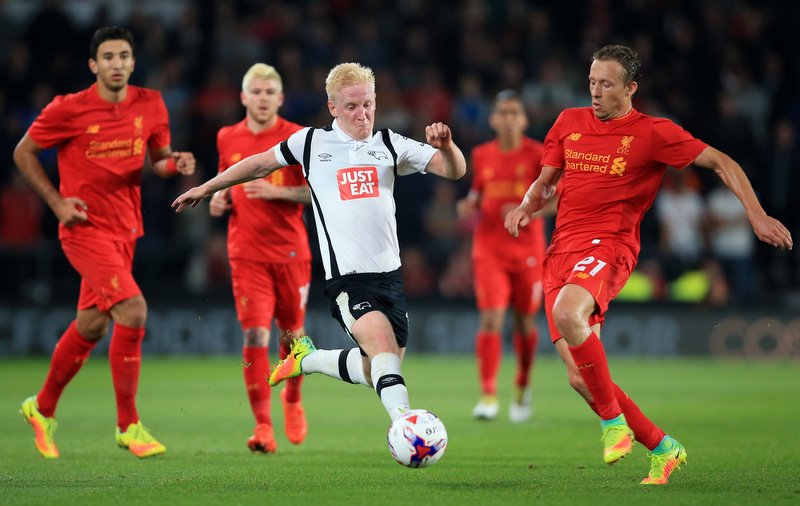 Boss McClaren doesn’t want Hughes to get too ahead of himself with all the plaudits he has. Derby is a great club to make him the considerable player he can be, if Hughes stays focused on his game. Eventually, if Derby aren’t promoted in the near future, Hughes will inevitably be sold to pursue the potential he owns.

The improvements of Hughes are already evident this season. When he was first integrated into the side in 2011, his attacking intent wasn’t there. He seems to have a lot more of that intent in his game now. We saw an example of this recently against Nottingham Forest, where he carries on his run after releasing the ball to Johnny Russell, before his shot rebounded into the path of Hughes, who put the ball away into the back of the net.

Last season, we wouldn’t have seen this from Hughes, he’s constantly adding more to his game. The amount of goals he scores is still lacking, but with time and through good management and coaching, this should improve through the years.

He’s bulked up into a physical player to cope with the demands of the Championship, and can now defend when needed in important parts of the field. He also has the tenacity and desire for the game that you do not tend to see as frequently anymore.

Hughes’ tracking back and defensive commitment is admirable, but he is better served as a more attacking option.

Derby have reaped the rewards of this during the season already through the directness of his running and his pin point passing, contributing to 27 clear cut chances being created.

The 21-year-old is thriving now that he is being played in a more advanced position, it now means his strengths can be utilised. His passing is used to maximum effect, providing critical assists and increasing the overall amount of chances created by The Rams.

Unfortunately, due to George Thorne’s frequent injury woes, he was played in more defensive positions by former manager Nigel Pearson in a 4-1-4-1 and a 4-4-2 formation, and this affected his game.

He wasn’t able to get into the final third and cause problems for the opposition with his passing and movement on and off the ball to create opportunities, where Hughes is at his best. This was one of Pearson’s many downfalls during his time at Derby.

However, playing a more defensive role has helped his overall game, as now he has a physical presence and is not afraid to go and win the ball back for his team around the park, and now with McClaren playing Hughes in a slightly more attacking position, where he can hurt the opposition, Hughes is thriving.

He can now get back and do his defensive duties which he has learnt over time of playing slightly deeper and he can now create chances and flourish in the Derby County side. 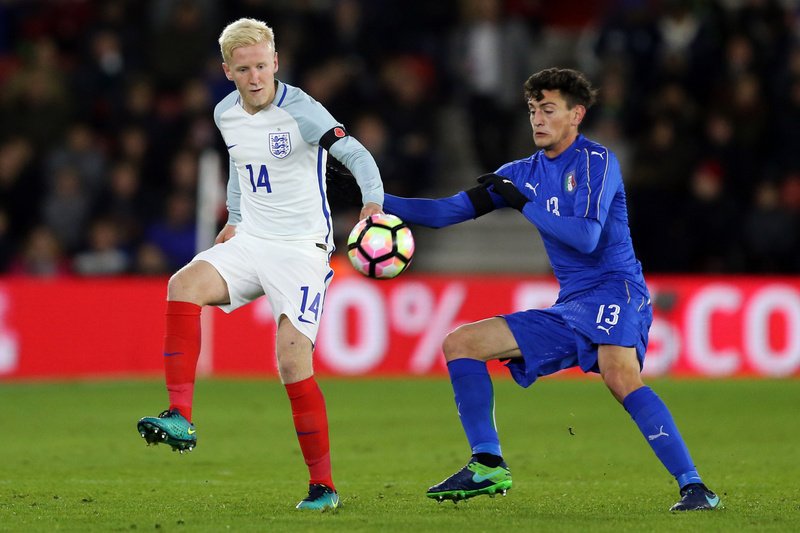 With the England Under-21 international being able to hold his own, in arguably one of the most demanding and physical leagues in the world, whilst expressing his technically gifted ability and providing a huge contribution, his potential to be a very special player can be seen by all.

He is able to dictate The Rams’ midfield, passing the ball through any gap he sees, as well as working his way out of situations which to many looks unfathomable. Now with the driving runs he makes through midfield and his pin point passing he can dictate games.

For instance, in the recent 1-0 win over Birmingham City, where in the second-half McClaren said in a post-match interview that, “He took the game by the scruff of the neck and got us playing”.

Having Hughes back this season was like signing a multi million pound player in the transfer window, he is an addition to the squad that has helped Derby vastly improve from the previous campaign’s poor and lacklustre displays.

Hughes has already been placed in the PFA Team of the Season in 2013-14 and was Derby’s Player of the Year the following season, proving how vital he is to Derby and his considerable potential of becoming world-class.

Martin Jol, former Fulham boss, in 2012 even commented on his brilliance, “There are probably 10 clubs in the Premier League having a look at him.

“He is one of these wonderful talents, so he is always on lists.

“If you have a good scouting system, he will always be on the list, but we will see.”