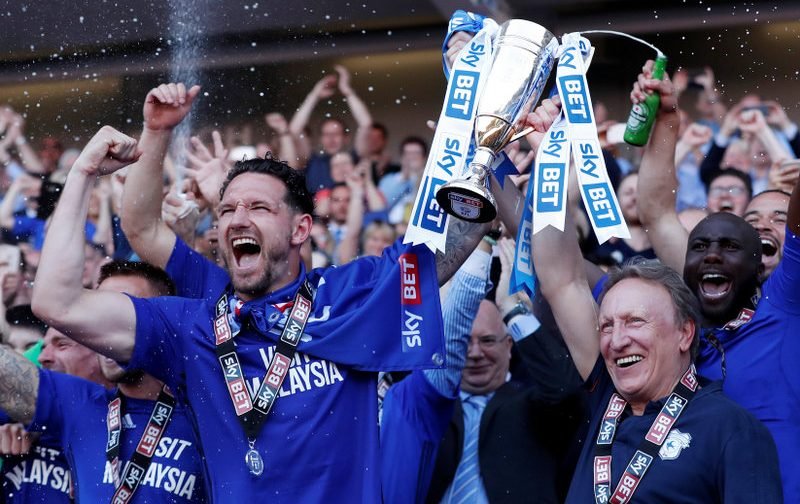 Cardiff City have secured automatic promotion to the Premier League, despite being held to a goalless draw against Reading on Sunday.

The Bluebirds snatched second spot in the Championship table, behind champions Wolverhampton Wanderers, thanks to third placed Fulham going down 3-1 at Birmingham City on the final day of the 2017-18 season. 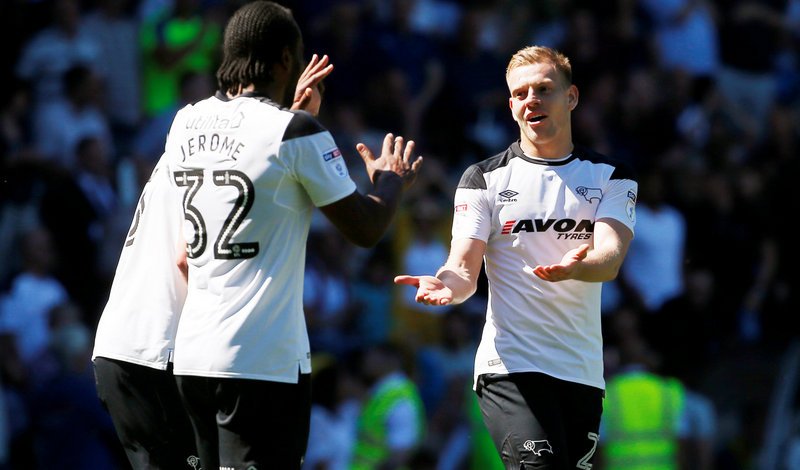 Derby County’s Matej Vydra celebrates with team mates after he scores against Barnsley.

A little further down, and Derby County kept hold of the final play-off spot in sixth spot, after comfortably beating Barnsley 4-1 at Pride Park Stadium, sending The Tykes back down to League One.

Fighting for the third and final promotion place through the play-offs later this month alongside Gary Rowett’s Derby will be Fulham, Aston Villa and Middlesbrough.

Barnsley had to win to survive this campaign, but The Rams ran riot thanks to strikes from Cameron Jerome, Matej Vydra, David Nugent and Tom Lawrence, before the visitors sacked boss Jose Morais moments after the final whistle.

The manager had a relegation clause in his contract at Oakwell, and it has therefore been terminated with immediate effect.

Following Barnsley into League One next term is Burton Albion, after Bolton Wanderers fought back to defeat Nottingham Forest 3-2 at the Macron Stadium. 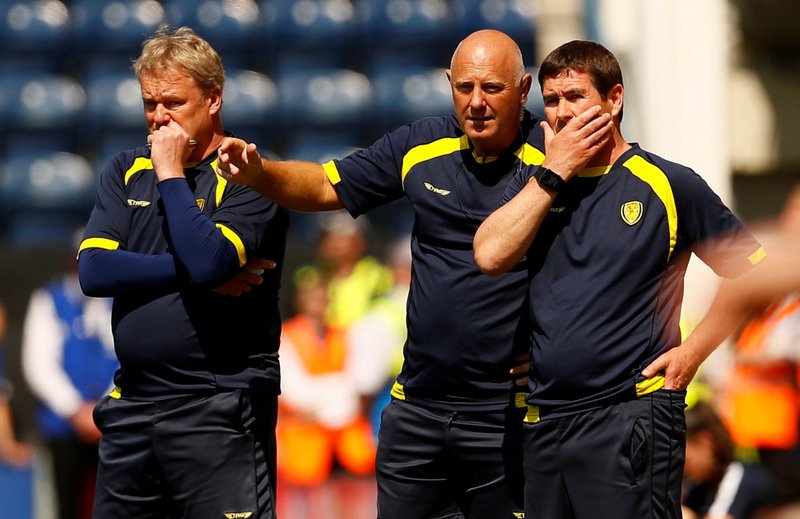 Two goals in the final three minutes from David Wheater and Aaron Wilbraham gave The Trotters a vital three points, which ultimately saw the hosts finish two points clear of the bottom three.

That meant Burton slipped back into the third-tier of English football after their late 2-1 defeat at Preston North End.

Substitute Louis Moult scored the winner in the third minute of stoppage time at Deepdale, sending Nigel Clough’s Brewers down on a dramatic final day of the 2017-18 Championship season.