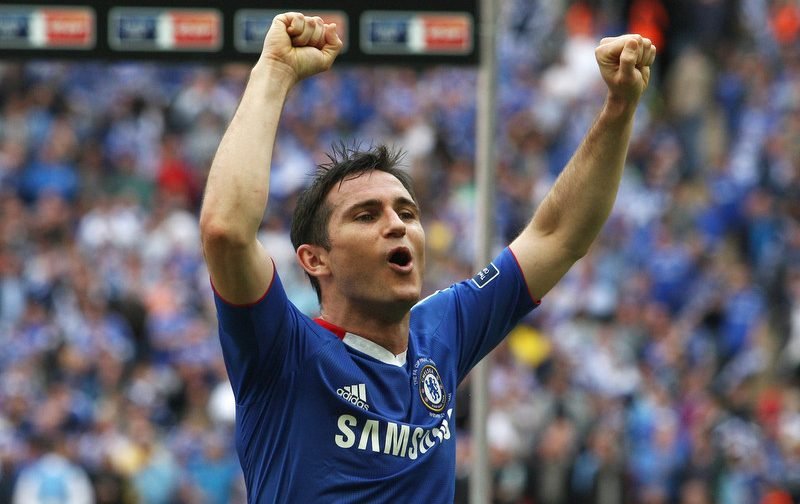 SHOOT would like to wish former England international midfielder Frank Lampard many happy returns as he celebrates his 40th birthday this evening.

The Chelsea legend, who joined The Blues back in June 2001 for a reported £11m from West Ham United, went on to become the Premier League’s all-time leading goalscorer, and is fourth on the list of most appearances for the club of all-time as well.

Nowadays, the Chelsea great is providing punditry on the 2018 FIFA World Cup finals in Russia, as well as preparing for his debut season as a manager, after being appointed boss of Championship side Derby County on a three-year contract only last month.

Focusing on his illustrious past, SHOOT is celebrating Lampard’s birthday by putting together five of his most defining moments of his Chelsea Career in Pictures. Enjoy!