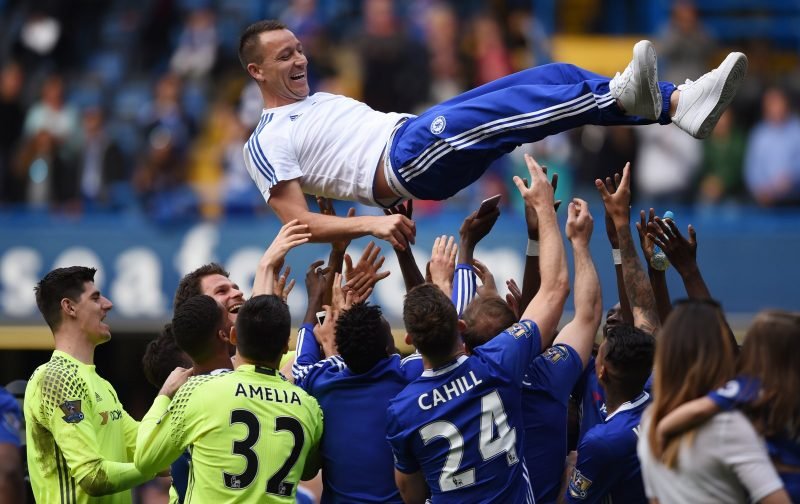 Shoot! would like to wish former England international defender John Terry many happy returns as he celebrates his 37th birthday this evening.

Terry, who began his career in West Ham United’s youth academy, became Chelsea’s most successful player in the club’s history after joining The Blues at the age of 14, going on to make 717 appearances in all competitions for the defending Premier League champions, including 67 goals.

Terry left Chelsea this summer, before joining and captaining Championship outfit Aston Villa this season, where he has scored one goal in 16 league games for Steve Bruce’s side.

To celebrate the defender’s latest milestone, Shoot! is paying tribute to the Chelsea great by putting together five of Terry’s most defining moments of his Career in Pictures. Enjoy!