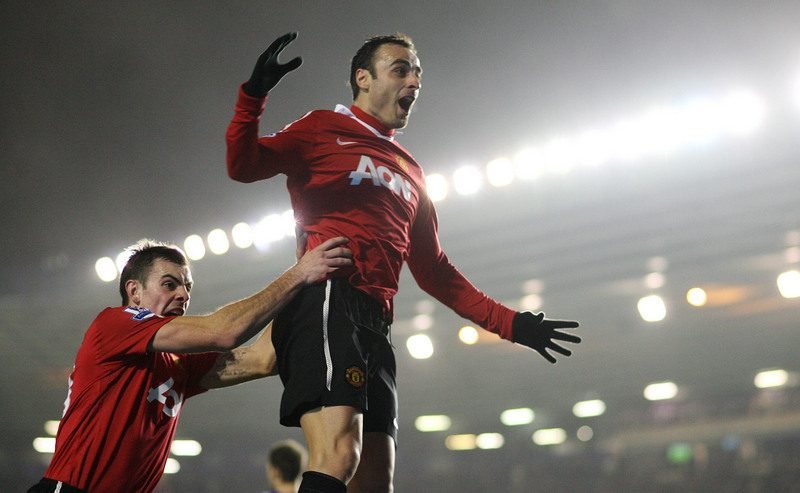 Shoot! would like to wish former Premier League striker Dimitar Berbatov many happy returns as the Bulgarian forward celebrates his 36th birthday today!

The striker played for Tottenham Hotspur, Manchester United and Fulham in the top-flight of English football between 2006 and 2014, before joining Ligue 1 outfit AS Monaco.

Since then, Berbatov was playing his football in Greece for Panthessalonikios Athlitikos Omilos Konstantinoupoliton (PAOK), although he was released last summer after just five goals in 25 games in all competitions.

Now a free agent; the Bulgarian ace will have plenty of time to reminisce about his Premier League goals and highlights during his seven and a half year spell in the country, although don’t rule out another English football club making a move for the veteran goalscorer.

Having scored twice for the Rest of the World team during last year’s Soccer Aid match at Old Trafford, the Bulgarian still has plenty to offer at the age of 36.

So, to celebrate Berbatov’s latest milestone, here is the striker’s Premier League Career in Pictures…