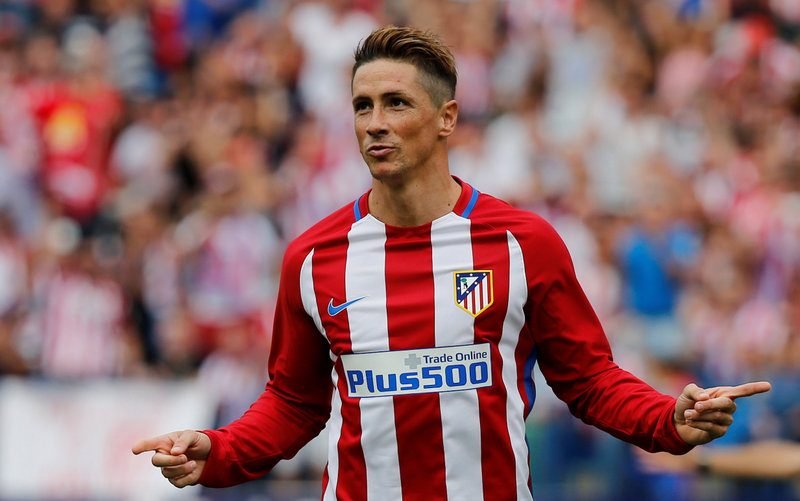 Atletico Madrid striker Fernando Torres celebrates his 33rd birthday today, so everyone here at Shoot! would like to wish the Spanish forward many happy returns!

Torres started his career with the Spanish club all the way back in 1995 when he joined the youth system aged 11, and worked his way up to make his professional debut for the side in 2001.

He went on to play 244 times in his first spell at Atletico, netting 91 goals, before moving to Liverpool in 2007, where he made a stellar start to life in the Premier League by scoring 33 goals in just 46 games his first season under Rafael Benitez.

The 33-year-old continued to impress, going on to score 81 goals in 142 games for the Reds before sealing a £50 million move to Premier League rivals Chelsea in January 2011, which at the time made him the sixth most expensive footballer in history.

However, it didn’t really work out for the Spaniard at Stamford Bridge, netting just once in his first 18 games for the club, but he did win both the Champions League and Europa League with the Blues, appearing in both finals and actually netting the crucial opener in their 2-1 win over Benfica in the Europa League final.

Nevertheless, Torres rarely reproduced his best form at Chelsea and went on loan to AC Milan during the 2014/15 campaign, although cut that short to rejoin Atletico in January 2015, before making the move permanent at the start of the current campaign.

Torres also had a hugely impressive international career, winning the World Cup in 2010 and the European Championships in 2008 and 2012 with Spain, and went on to net 38 times in 110 games for his country, although hasn’t appeared for them since their 2014 World Cup disappointment.

So, with the striker celebrating his 33rd birthday today, we at Shoot! thought we’d take a look back at his career through pictures…