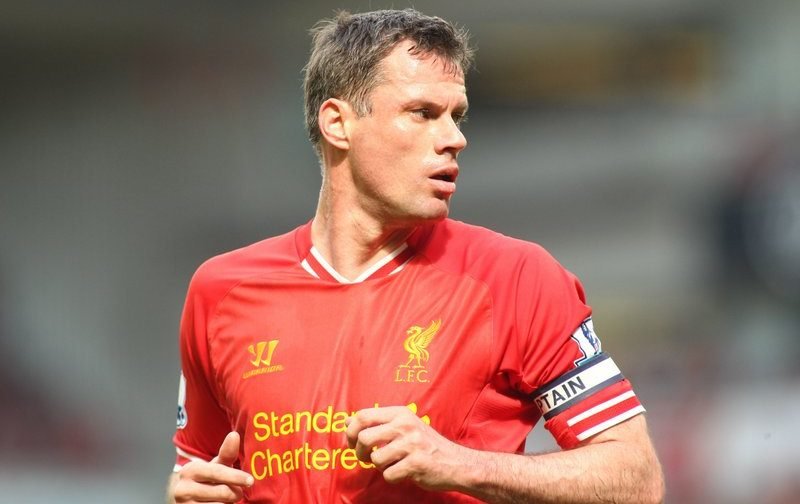 Shoot! would like to wish former England international defender Jamie Carragher many happy returns as he celebrates his 40th birthday this evening.

The Liverpool legend, who earned 38 caps for his country, won 11 senior honours during his 16-year career at Anfield – including the UEFA Champions League, the UEFA Cup, two FA Cups and three League Cups.

Carragher, who began his career with The Reds back in 1988 as a schoolkid, was the club’s vice-captain for a decade and went on to become Liverpool’s second-longest ever serving player, racking up 737 appearances in all competitions for the Premier League side.

The former centre-half also holds the record for the most appearances in European competition for Liverpool (150 games).

Nowadays, the Reds legend and one-club man is a pundit and commentator for Sky Sports, having retired from the beautiful game back in May 2013.

To celebrate the defender’s latest milestone, Shoot! is paying tribute to the Liverpool great by putting together five of Carragher’s most defining moments of his Reds Career in Pictures. Enjoy!