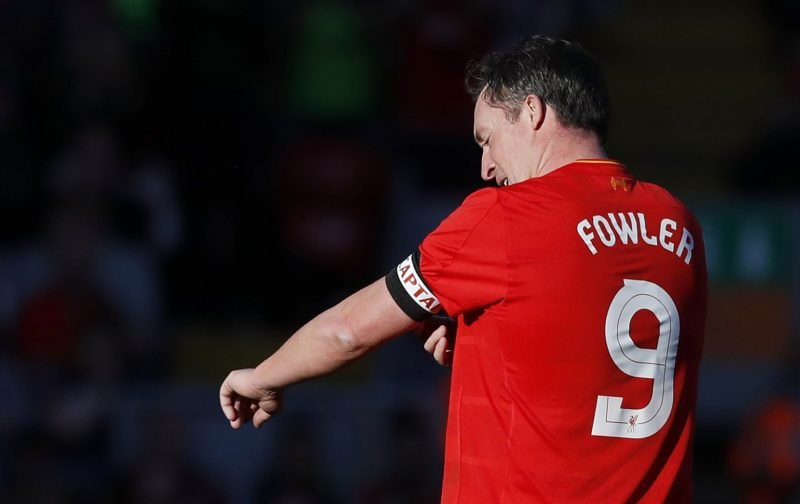 Former Liverpool striker Robbie Fowler celebrates his 42nd birthday today, so everyone here at Shoot! would like to wish the former England international many happy returns.

The forward worked his way up through the ranks at Anfield to make his senior debut in 1993, and then went on to win two League Cups, an FA Cup, and the UEFA Cup in his first stint on Merseyside.

The 42-year-old then moved to Leeds in 2001 and spent 18 months at Elland Road, before signing for Manchester City in the winter of 2003, where he would then go on and play 92 times for the Citizens and netted 28 goals before rejoining Liverpool in the summer of 2005.

Fowler would then add a further 39 appearances and 12 goals to his already stunning tally in a Reds shirt, and when he left Anfield in the summer of 2007, he had played 369 games for the club, scoring a staggering 183 goals.

Spells at Cardiff and Blackburn followed before he moved to Australia to play in the A-League with North Queensland Fury and Perth Glory, before ending his club career in Thailand with Muangthong United in 2011.

Fowler officially ended his playing career in 2015 with 590 appearances and 253 goals, as well as 26 caps for England, in which time he netted seven goals.

So, with it being the striker’s 42nd birthday today, we at Shoot! thought we’d take a look back at Fowler’s career in pictures…