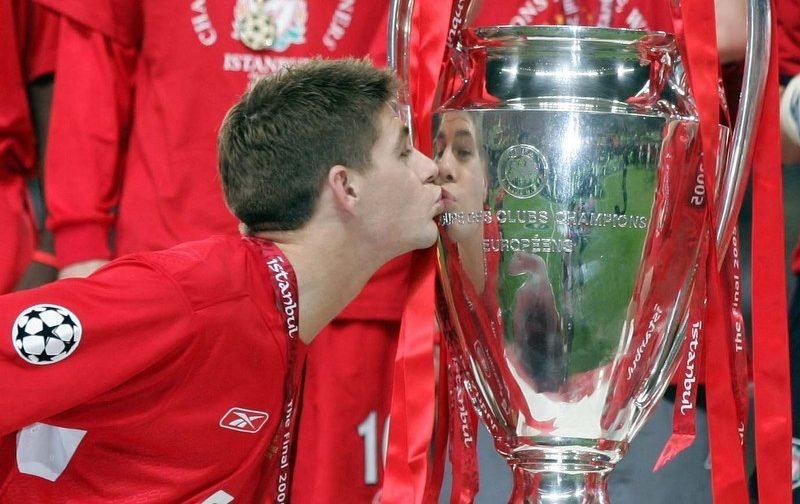 Shoot! would like to wish former England international midfielder Steven Gerrard many happy returns as he celebrates his 38th birthday this evening.

The Liverpool legend, who signed his first professional contract with the Premier League side back in November 1997, went on to score 186 goals in 710 appearances in all competitions for The Reds until the summer of 2015.

Gerrard, who signed for Major League Soccer side Los Angeles Galaxy after his Reds career before hanging up his boots in November 2016, lifted 11 honours at Anfield – the UEFA Champions League, one UEFA Cup, two FA Cups, three League Cups, one UEFA Super Cup and an FA Community Shield.

As well as countless individual awards during his heroic performances for Liverpool, the central midfielder played 114 times for England, scoring 21 times for his country, and he currently sits fourth on the list of most capped Three Lions internationals of all-time.

Our legend, our icon, our captain… and a Red.

Nowadays, Gerrard is preparing for his first season in senior management at Ibrox, after being appointed manager of Scottish Premiership outfit Rangers on a four-year contract earlier this month.

But, for now, we are focusing on his phenomenal past, as Shoot! celebrates Gerrard’s birthday by putting together five of the former Liverpool captain’s most defining moments of his Reds Career in Pictures. Enjoy!