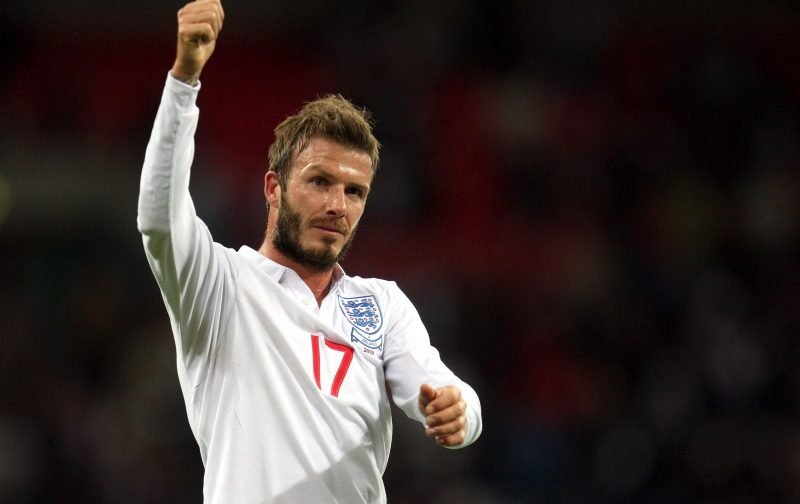 Manchester United and England legend David Beckham celebrates his 42nd birthday today, so everyone here at Shoot! would like to wish the former midfielder many happy returns!

Beckham was a key part of a successful Red Devils youth side at the start of the 1990s, before making his senior debut in 1992 and then helping Sir Alex Ferguson’s men win the Premier League title in 1996.

The 42-year-old was also part of that treble-winning side in 1999 and added three more league crowns before moving to Spanish giants Real Madrid in 2003.

The former England captain spent four years in the Spanish capital, winning La Liga in his final season at the club before sealing a massive move to MLS outfit LA Galaxy in the summer of 2007.

He enjoyed a five-year stint in the United States, albeit did have two loan spells at AC Milan in 2008/09 and 2009/10, before permanently returning to Europe with French giants Paris Saint-Germain in 2013.

So, with Beckham celebrating his 42nd birthday today, we at Shoot! thought we’d take a look back at his career in pictures…