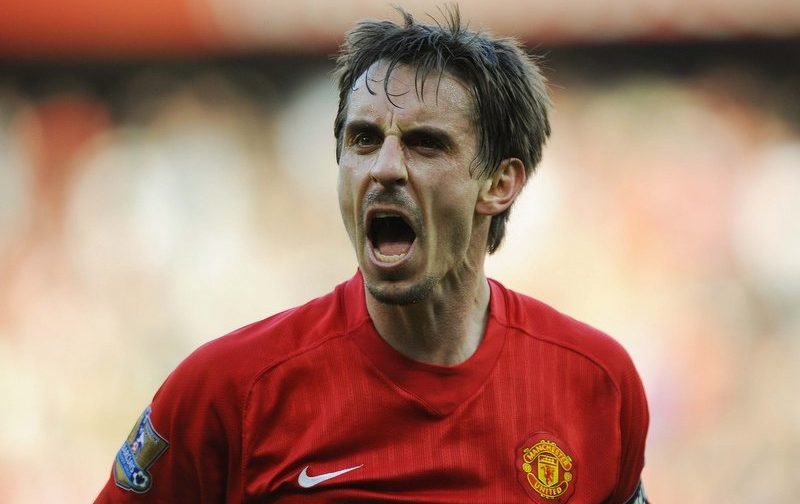 Shoot! would like to wish former England international defender Gary Neville many happy returns as he celebrates his 43rd birthday this evening.

The Manchester United legend, who earned 85 caps for his country, won 20 trophies during his near 20-year illustrious career at Old Trafford, including eight Premier League titles and two UEFA Champions League crowns.

Neville, who is England’s most-capped right-back, went on to become one of the most decorated English and European footballers of all-time, scoring seven goals in 602 appearances in all competitions for the Red Devils.

Since retiring from the ‘Beautiful Game’ back in 2011, Neville has been appointed assistant manager of the England national team, become a co-owner of non-league club Salford City, became head coach of La Liga outfit Valencia and most successfully become a popular pundit on Sky Sports.

To celebrate the defender’s latest milestone, Shoot! is paying tribute to the Manchester United stalwart by putting together five of Neville’s most defining moments of his Red Devils Career in Pictures. Enjoy!