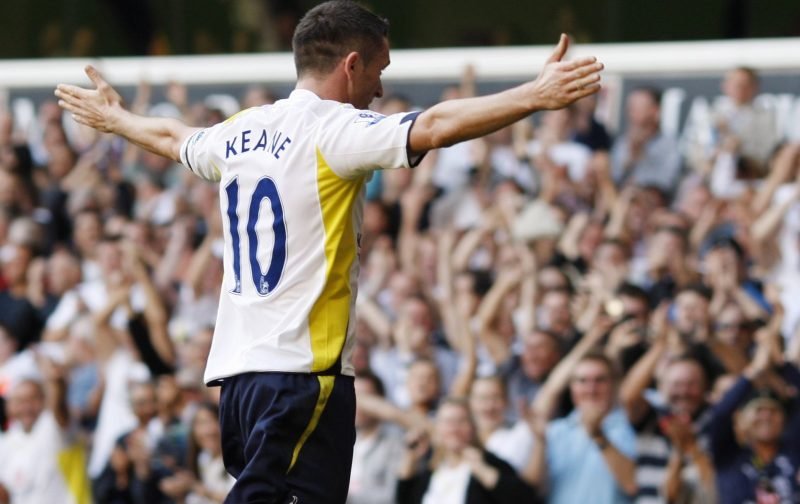 Following Tottenham Hotspur’s entertaining 3-2 win at Wolverhampton Wanderers at the weekend, we thought now would be a good time to look back at a player who made an impression for both clubs.

Having started his football career at Molineux, Robbie Keane scored 29 times in 87 appearances for the West Midlands before moving to Coventry City, Inter Milan and Leeds United.

But it was with Spurs where the man, who at 38 was still recently getting minutes under his belt as the player-manager of Indian Premier League side ATK, had the biggest impact in his career.

Signing for the north London side in 2002, the striker scored 107 times in six seasons to become the club’s 15th scoring centurion.

This saw Robbie earn a dream move to his boyhood club Liverpool in July 2008, but things didn’t quite work out for him at Anfield and he returned to his spiritual White Hart Lane home six months later.

Back in the capital the man who’s the Republic of Ireland’s all-time record scorer with 68 strikes, went on to net a further 15 times in 52 appearances before departing for MLS side LA Galaxy in 2011.

To celebrate a true Premier League icon, SHOOT has put together five of Keane’s most defining moments of his Spurs career. Enjoy!