They demolished Birmingham City 4-1 to lift the trophy at Wembley Stadium, watched by an estimated 35,271 – a record attendance for the fixture.

Manchester City are now the current holders of the 2016 Women’s Super League, 2016 Continental Tyres Cup and the 2017 Women’s FA Cup.

The first quarter of an hour was reasonably even, with Freda Ayisi going close for Birmingham, but after Bronze made the breakthrough, heading home a Megan Campbell cross, there was no way back for the Blues. 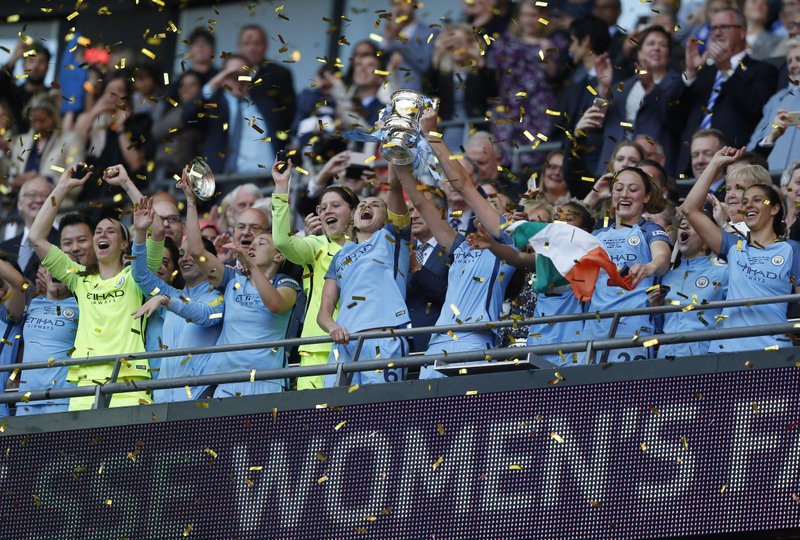 The PFA Women’s Player of the Year turned provider shortly afterwards, putting in a great ball as Christiansen found herself with acres of space, but opted to hit it first time past Ann-Katrin Berger in the Birmingham goal.

And it was Campbell who gave Lloyd the chance to score her third-ever goal at Wembley following her strikes for the USA in the Olympic gold-medal match in 2012.

The FIFA World Player of the Year rose powerfully to challenge the goalkeeper and nodded the ball into the back of the net.