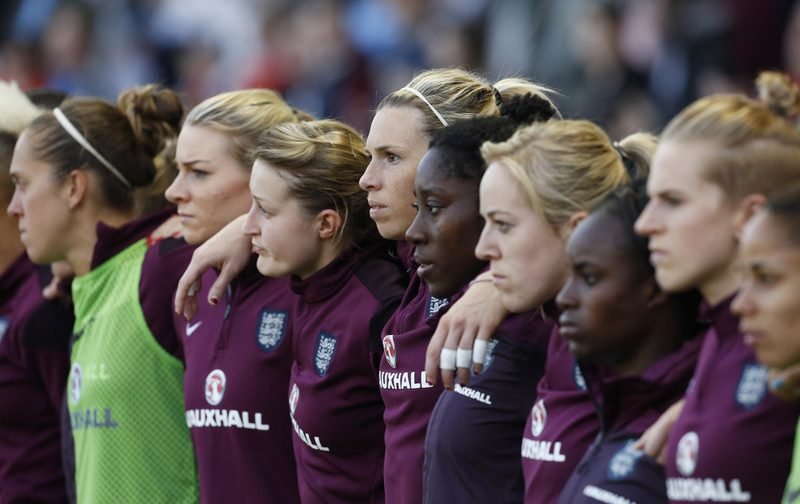 Carly Telford has been part of the England camp for years. She’s currently with the squad in Spain, preparing for friendlies against Norway and Sweden – but their outdoor training has been slightly restricted this week due to inclement weather, including a hefty snowfall.

“We’ve been coming here for ten years – and we used to get told off for sunbathing on the balcony between sessions!” she laughed.

“Definitely none of that now… It’s the most tragic of scenarios.”

Regardless, they’re getting plenty of work done – and Telford’s delighted to be back following injury.

“There’s nothing better than what you love,” she said.

“Some of my best friends are in the team, so I get to see them, and play with some of the best players in the world.

“We’re so close to the Euros so it’s nice to be involved again. You never know when it’s your last one, so I’m grateful for the opportunity to come to La Manga.”

The Notts County ‘keeper has been behind Karen Bardsley and Siobhan Chamberlain in the Lionesses’ pecking order for some years – but after Bardsley withdrew from the squad due to a thigh injury, she is preparing for some minutes on the pitch if required.

“You never know when you might be called upon,” Telford added.

“I came here thinking I might not get game time, and now KB’s had to go home. It’s a situation where you can’t rest on your laurels – you can’t think, ‘Well, I might not play’.

Birmingham’s Sophie Baggaley has been called up to the senior squad to replace Bardsley, and Telford is delighted to welcome younger players to the famous goalkeepers’ union.

“The GK union!” she laughed. “It’s growing. For so long it was the same three or four, and then there was a gap with the ones that are coming through. 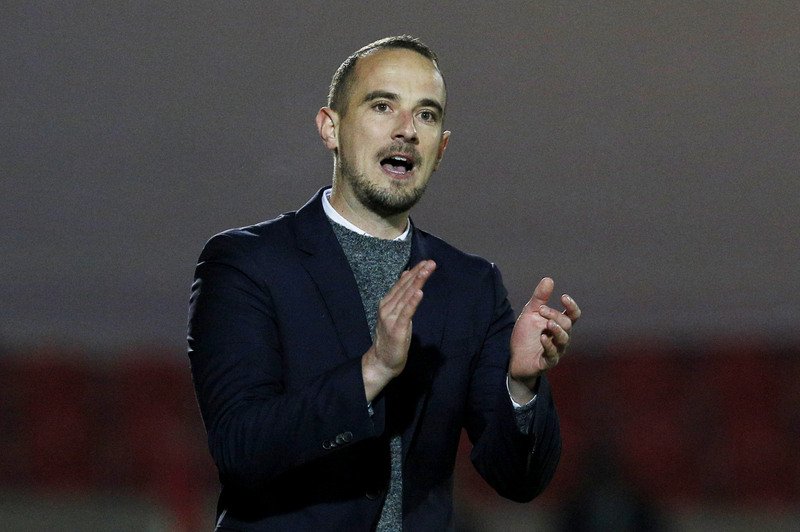 “What’s been great about Kends [Lee Kendall, goalkeeping coach] is that he’s brought more on camp and got the youngsters involved.

“They can see the standard they’ve got to aspire to, but we can also see what’s coming through, keep us on our toes and keep working hard.

Telford is effusive on the subject of goalkeeping coaching in the women’s game, which has improved dramatically in recent years.

“At the World Cup [in 2015], it was one of the first tournaments where goalkeeping wasn’t picked out [for criticism],” she said.

“That was a real marker for women’s goalkeeping. There was an obvious weakness in the coaching [before]; I don’t think it was anything to do with the girls.

“For me, for a long time it was usually someone’s dad [doing the goalkeeping coaching], volleying some balls at you, and then you trying to catch a ball and kick a ball. There’s a lot more technique to it!”

She says that clubs and international teams have since brought in goalkeeping experts – who have then adjusted their training methods to suit female keepers.

“We are slightly smaller, but we play in the same size nets,” she pointed out.

“Our start position has to be slightly deeper – we can’t be stood on the six-yard line trying to save balls hit from 18 yards because we’d end up getting lobbed all the time.

“That was happening, and people were saying, ‘Well, how’s she getting lobbed from there?’

“It didn’t make sense to people – but until you break it down, it’s not understood properly. It’s not like we can’t catch or kick, but there’s certain things you have to learn – you’re not the same as [Thibaut] Courtois, who’s six foot five and he covers the whole of the goal area from six yards out.

“It’s just not the same game for us.”

And although she’s not yet 30, she’s already casting an eye over the younger generation of goalkeepers – and she has high expectations for their future.

“Those girls coming through now will be talked about because of the fantastic saves they’re making – and that will be a real pinnacle of goalkeeping for us.”

England play Norway at La Manga Club on Sunday, January 22, and Sweden at the Pinatar Arena on Tuesday, January 24.