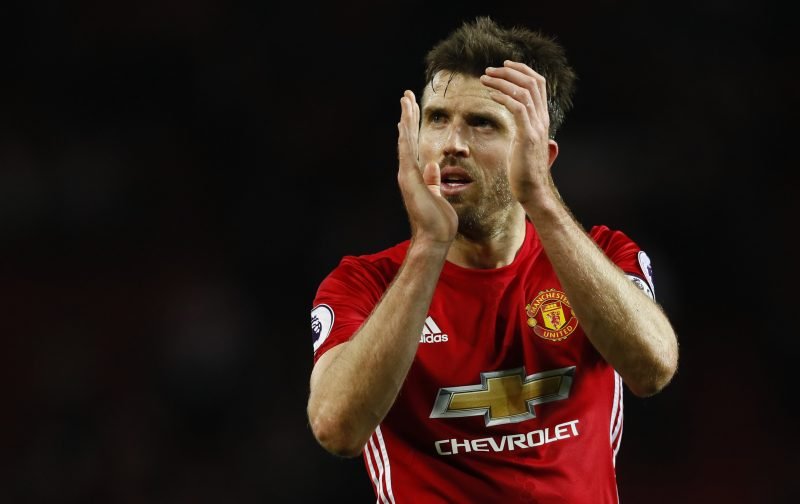 Manchester United have given midfield stalwart Michael Carrick the green light to begin talks with other clubs, as they ponder over a contract extension for the former Tottenham man, according to reports from The Sun.

The ex-England international has has a remarkable season for Jose Mourinho’s side and has aided world-record signing Paul Pogba in settling in the side, giving the France international freedom to play his own way.

Carrick’s performances have led to the former Chelsea manager admitting he is keen to tie his man down to a year-long contract extension, however, there is yet to be a sign of talks from the club.

Mourinho’s side are yet to lose when the 35-year-old, who has taken the armband in recent weeks, has played this season, highlighting just how important he is to the side, who have lost five when he has not featured.

The former West Ham midfielder has racked up just shy of 450 appearances for the red half of Manchester since he arrived in 2006, winning five Premier League titles and a Champions League medal to name a few of his successes.