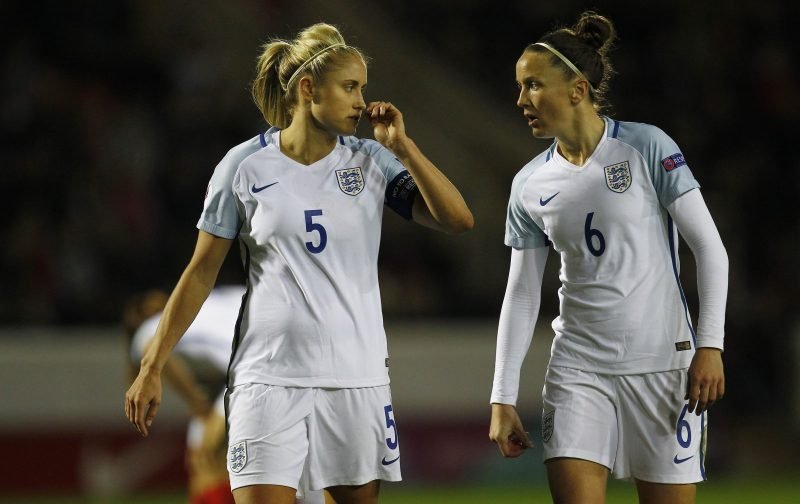 Casey Stoney might have left the England camp early – but that just means she has more time to prepare herself for the Spring Series.

The centre half was watching as the Lionesses lost 1-0 to Germany in the She Believes Cup, having flown home from the USA after picking up an injury.

The 34-year-old had only just been recalled to the squad after missing out due to fitness problems at the tail-end of 2016.

“I was massively pleased. To miss out on the last two through injury, that’s always difficult,” she told Shoot!

“To get myself back in a position where I’m fit and fighting and available for selection is great – and to be selected is even better. It gives you an opportunity to put yourself in the shop window, and ahead of the Euros that’s really important.”

Stoney will be lining up with Liverpool during the Spring Series, signing for them after two successful years with Arsenal.

She’s highly complimentary of Liverpool coach Scott Rogers, and the young squad he’s building – and she’s under no illusions as to why he wanted her on board.

“I know why I was approached – they need some experience in the team,” she says. “We might not have the budget that Arsenal, Chelsea or City have got, but what we’ve got is a real together group who are willing to work hard to try and achieve something special. I wanted to be part of that.”

And talking of something special, Stoney has a feeling that the England Lionesses might manage that this summer at the European Championships: “I don’t think we’ve ever gone into a tournament and been as confident as we are now.”