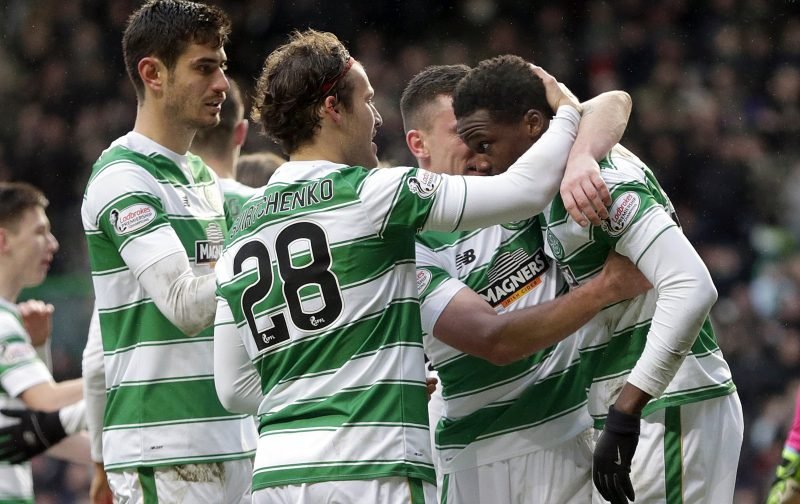 Celtic defender Dedryck Boyata has admitted that he is relishing the prospect of playing Champions League football with the Scottish giants next season, reports Sky Sports.

The 26 year-old Belgian fell out of favour with Brendan Rodgers when the former Liverpool and Swansea City manager took over at Parkhead, but he has been a mainstay of the team since the winter break as they’ve embarked on an all-conquering run which has seen them all but wrap up the Scottish Premiership title already.

Celtic’s European fortunes weren’t as impressive this season though, as they struggled in a Champions League group that contained Barcelona, Manchester City and Borussia Monchengladbach, and eventually finished bottom with three points from their six matches.

However, it wasn’t all doom and gloom for the Scottish champions as they did manage some impressive results, including a 3-3 draw back in September against a City side which had started the season in impressive form.

Boyata though had to watch from the sidelines as he was largely ignored by Rodgers at the start of the campaign, and the defender has admitted that his exclusion from the side was tough to take, but he’s nonetheless relishing the chance of playing in Europe’s elite competition in the future.

He said: ‘It was difficult for the team but they got some results against some great teams.

‘Personally it was very hard as I would like to have had a part.

‘The Champions League is a tournament every club wants to play in. For myself, I can only look forward to this. It will be a big achievement for myself and the opportunity to show what we can do against teams who have been playing at that level.’

If Boyata can maintain his current form, then the there’s every reason to believe he can help Celtic restore some European pride next season.