Celtic fans react to Patrick Roberts future at the club 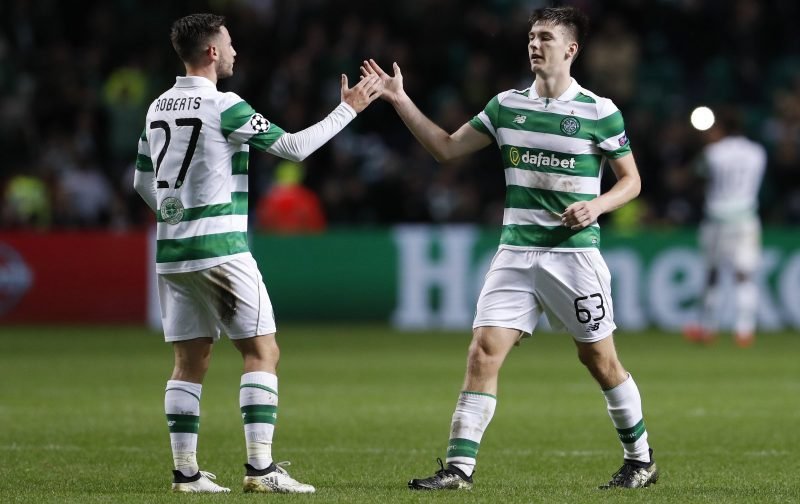 There can’t be many loan moves that have been as successful as Patrick Roberts’ one to Celtic over the past year and a half has seen the Manchester City winger pick up three trophies including two titles.

There’s still some uncertainty as to whether the former Fulham man will be at Celtic for the Scottish Cup final as he’s due to join up with the England under 20s a week before the final at Hampden Park.

Roberts now faces a wait to see if he can definitely feature in the final and pick up a treble in what looks like being his last game with the Bhoys unless Brendan Rodgers can somehow convince City to allow the youngster to come back next season, although at the moment that looks unlikely.

Roberts noted: “I want to win everything and I want to finish the season really strongly. There’s still a lot to play for. Winning the Scottish Cup would just top it all off and winning the Treble would be my fourth medal in 18 months at Celtic.”

If Rodgers is to lose Moussa Dembele next season who’s a target for a number of clubs then losing Roberts as well would be a blow for Celtic but there’s little doubt, regardless what happens, that the 20 year-old has enjoyed a fantastic spell with the club.

Here’s how Celtic fans have reacted to news of Roberts’ future:

“If I am to leave, a treble would be the perfect way to sign off.”
Patrick Roberts pic.twitter.com/Nx77BioPPK

@CelticQuote His “if” gives me hope.

@CelticQuote Did he say if? Come on paddy,another couple of years at Celtic

@CelticQuote Well @patrick7roberts why don’t you stay another couple of seasons and win a few more trebles?!!

@CelticQuote @Chrissycfc67 It’s clear he has no intention of staying, he’s had a great time here but wants to test himself elsewhere, people just hope he stays