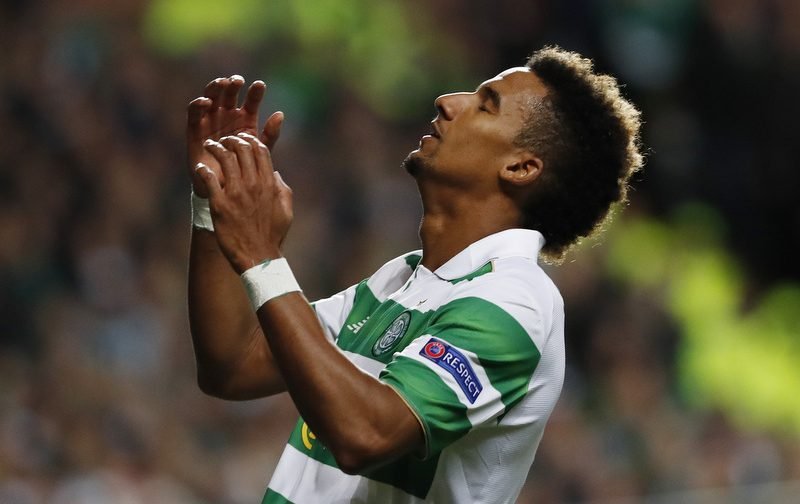 Scott Sinclair has thanked the fans and his team mates for helping him scoop up two player of the season awards in what’s been something of an annus mirablis for the former Swansea City winger.

As Celtic march towards a first domestic treble in over 15 years, Sinclair has risen above the rest of the team to be named Player’s Player and Player of the Year for the Hoops.

With Celtic unbeaten in domestic football Sinclair faced some tough competition for the accolade with the likes of Stuart Armstrong, Scott Brown and Moussa Dembele all enjoying impressive campaigns.

This season has seen the 28 year-old turn around his career which seemed to have stalled badly following disappointing spells at Manchester City and Aston Villa.

With 25 goals to his name this season Sinclair has silenced the critics and become a fans’ favourite in a matter of months, with the £3 million Brendan Rodgers spent to secure his services now looking like one of the bargains of the summer.

“This is the best time and the happiest time in my career right now. To have the connection with the fans and all of them who voted for me, it just means so much to me.”

So happy to b named Celtic’s players player & player of the year, Thanks to all my team mates and the fans that voted it means so much to me

@Scotty_Sinclair You have been top class Scott god bless you and your little family. You’re 1 of us now. Love youpic.twitter.com/DambkTWsBY

@Scotty_Sinclair @corcaighbhoy You deserve it lad. No player has excited me this much watching them since Henrik and that takes some doing. Hail Hail mate

@Scotty_Sinclair @jay1888kay Well deserved Scott, you’ve been exceptional and a joy to watch!

@Scotty_Sinclair Well done Scott – been awesome all season – as the gaffer says, we’re lucky to have you up here.