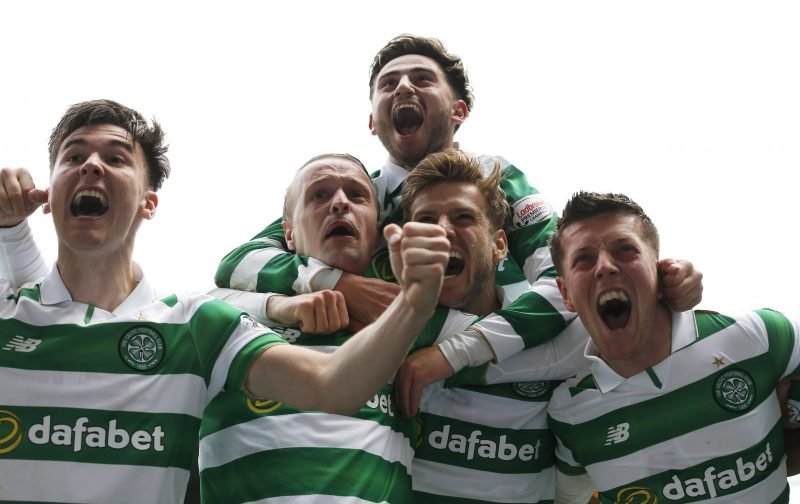 It will never come close to the magic of Lisbon but in years to come Celtic’s 2016/17 season will be ranked alongside the Centenary Double and Seville seasons.

After a stumble in Gibraltar Brendan Rodgers has delivered a season that few Celtic fans could have contemplated 12 months ago.

One year and one day ago the Irishman was announced as Celtic manager with every area of the club revived over the past 12 months.

Incredibly the playing revolution has been achieved with the addition of just two players- Moussa Dembele and Scott Sinclair.

When they next update the Big Book of Football Management there should be chapters devoted to James Forrest, Stuart Armstrong, Mikael Lustig and Dedryck Boyata.

The changes that Rodgers has brought to Celtic have been backed 100% by the fans as they watch a group of players develop and improve on a weekly basis delivering the type of results that have made the Monday morning workplace a place of joy for Celts fans.

The story is only beginning, it’s not near the end but the first chapter concludes on Saturday at Hampden in the final of the Scottish Cup with Aberdeen in the way of a treble.