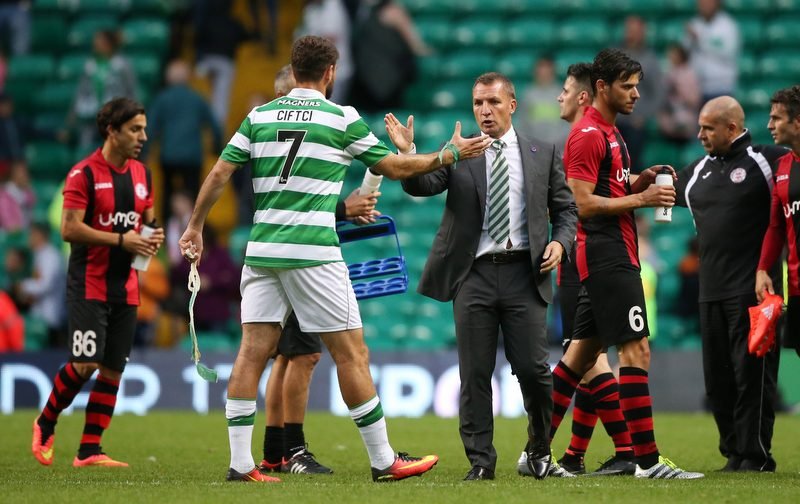 Cifti would be allowed to join the Polish side immediately as the Polish league’s transfer window remains open, so he would be able to go there until the end of the 2016-17 season.

The former Portsmouth striker joined Celtic in the summer from Dundee United after two successful seasons at Tannadice Park, where he bagged 25 league goals over two seasons, before moving to Parkhead in a £1.5m deal.

His time at Celtic has been less successful, having scored just four goals since his arrival and even being sent out on loan to Eskişehirspor during the last campaign, a spell which brought about three goals in ten games, while his return to Celtic this season has seen him feature just once in the league.

There’s still hope for Ciftci’s Celtic career and a productive loan spell may convince Rodgers to make the 25-year-old a part of his long-term plans, but he needs to start showing something positive soon with The Bhoys on a record breaking run and storming to the league title, meaning there will be no room for nearly men at Celtic next term.