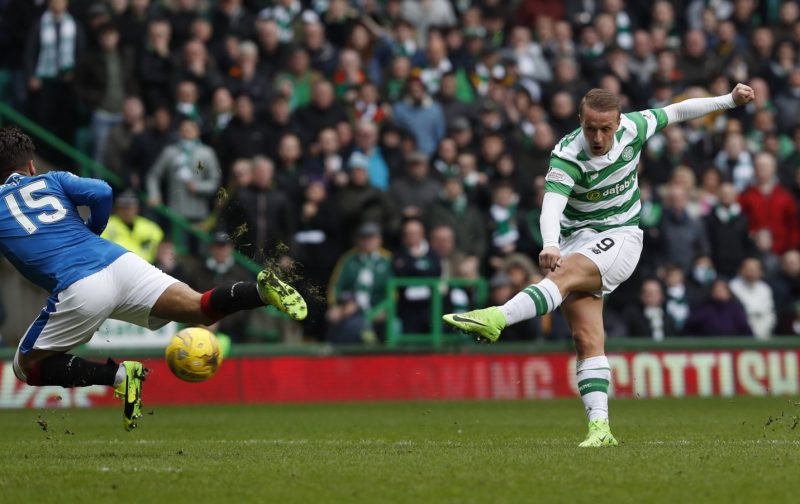 Leigh Griffiths claimed referee Bobby Madden asked him if Clint Hill touched the ball when he sent him to the floor in the penalty area at the end of the 1-1 Old Firm draw at Parkhead according to reports in the Daily Mail.

The incident occurred in added time of the game and had Celtic been awarded and scored a penalty it would have left little to no time for Rangers to have any chance of getting back in the game.

It’s a result which does little to stop the Hoops’ march to the title but at least restores some pride to Rangers not to mention giving caretaker boss Graeme Murty something to smile about as he departs for new boss Pedro Caixinha.

Speaking of the penalty incident, which came after Hill had levelled Stuart Armstrong’s opener, Griffiths said:  ‘It was a penalty. He has not touched the ball and the referee is asking me afterwards if he touched the ball.

‘If he has not touched the ball he has got to give a penalty or book me for diving.

‘I am going to put the ball in the back of the net.

‘He has caught me at waist height, he has not touched the ball. It is a decision that cost us the three points.’

Celtic will feel hard done by however, the result does little damage to a season in which Brendan Rodgers’ team have swept everyone aside domestically.