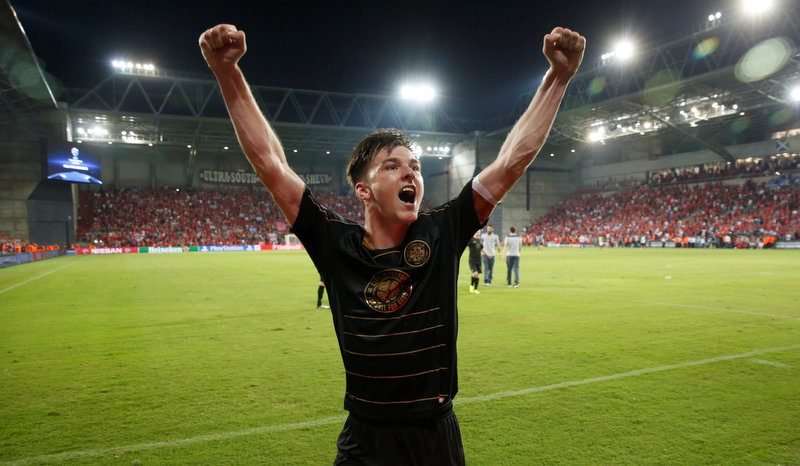 Arsenal are reportedly keeping close tabs on Scotland international defender Kieran Tierney, according to the Mirror.

The Premier League side, who hammered non-league outfit Lincoln City 5-0 in the FA Cup quarter-finals over the weekend, have been linked with a move for Celtic’s highly-rated full-back.

The 19-year-old, who has two senior international caps for his country, has scored one goal and provided 12 assists in 30 appearances in all competitions for the runaway Scottish Premiership leaders this season.

Tierney, who has been with Celtic since he was just seven-years-old, is on manager Arsene Wenger’s wishlist as the Frenchman wants to reinforce his defensive ranks this summer.

The Scottish starlet is eyed as a long-term replacement for Nacho Monreal, who has turned 31, and vital competition for England international Kieran Gibbs.

The left-back lifted the Scottish Premiership and Scottish League Cup last term, and is almost nailed on to lift his second successive top-flight title under manager Brendan Rodgers this season.