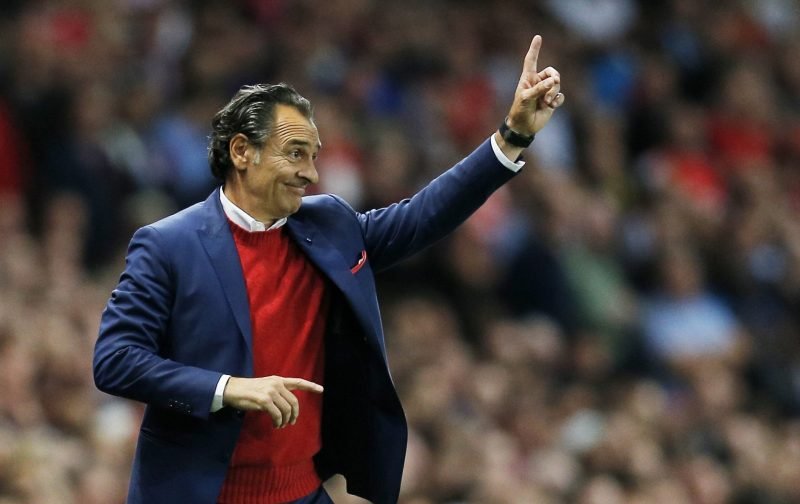 The 59-year-old is currently out of work after resigning as boss of La Liga outfit Valencia back in December of last year, just three months after taking over at the Mestalla.

And it appears that the Italian, who led his country to the Euro 2012 final where they lost to Spain, was approached for the Foxes role, only to reject the opportunity due to the club’s treatment of Claudio Ranieri, who lost his job last month just nine months on from their sensational Premier League title success.

Prandelli said: ‘There was an approach [from Leicester], but I immediately said no.

‘Ranieri achieved something extraordinary that could not be repeated. A coach who wins a memorable, historic title and is then dumped after a few months.’

Prandelli’s thoughts summed up exactly what many supporters up and down the country felt with regards to Ranieri’s sacking, although the Foxes recent form under new man Craig Shakespeare does suggest that things weren’t right at the King Power Stadium, for one reason or another.

Leicester secured their first Premier League away victory of the season on Saturday with a 3-2 success at West Ham, which was their fourth win out of four under Shakespeare, and in turn moved them six points clear of the bottom three.

The Foxes also reached the last eight of the Champions League last week with a win over Sevilla, so things are clearly on the up for the champions, which somewhat vindicates the hierarchy’s decision to part company with the title-winning boss last month.