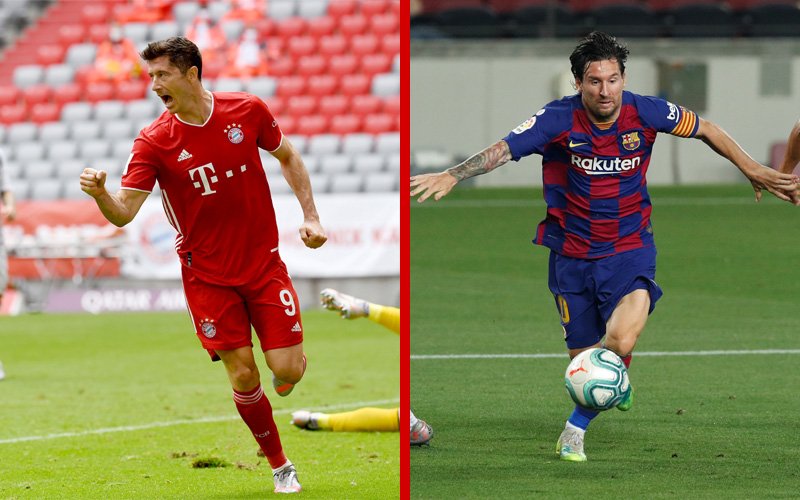 This Friday sees the first Champions League meeting between Barcelona and Bayern Munich since the 2015 final, as the two European giants battle it out in Lisbon’s Estádio da Luz for a place in the last-four.

Barca come into the tie following a 4-2 aggregate win over Napoli in the round of 16. However, the Catalan side somewhat limped to a second placed La Liga finish after failing to win four of their last 11 games post-restart, including a shock home loss to Osasuna last month.

Bayern, fresh from winning their ninth consecutive Bundesliga title, will be brimming with confidence after a thumping 7-1 aggregate win over Chelsea to make the quarters.

Coupled with the fact that Hans-Dieter Flick’s side have won 23 of their last 24 matches in all competitions, the German side will take some stopping if they are to be prevented from winning their first Champions League since 2013.

Friday night’s fixture will see two of European football’s most prolific attackers of the last decade – Lionel Messi and Robert Lewandowski – cross swords for a place in the semi-finals.

Lewandowski’s outstanding form in this season’s Champions League speaks for itself. With 13 goals in just seven appearances, Barcelona’s centre-back pairing of Gerard Pique and Clement Lenglet will need to be on top form to stop the Bayern marksman.

At 31-years-old, Lewandowski’s prolific career shows no signs of slowing down – with 54 in all competitions this term – and the same can be said for 33-year-old Messi.

Dating back to 2009, the majestic Argentine has netted four times in just five appearances against Bayern and heads into the match having bagged seven goals and nine assists in all competitions since the restart to take his tally to 31 for the season.

Messi, who made his Champions League debut way back in 2004, is the competition’s second all-time top goalscorer with 114 – that’s 51 more than his Polish counterpart.

Which of these world-class attackers will be leading their side into the semi-finals? Here’s how they have performed in the 2019/20 Champions League…