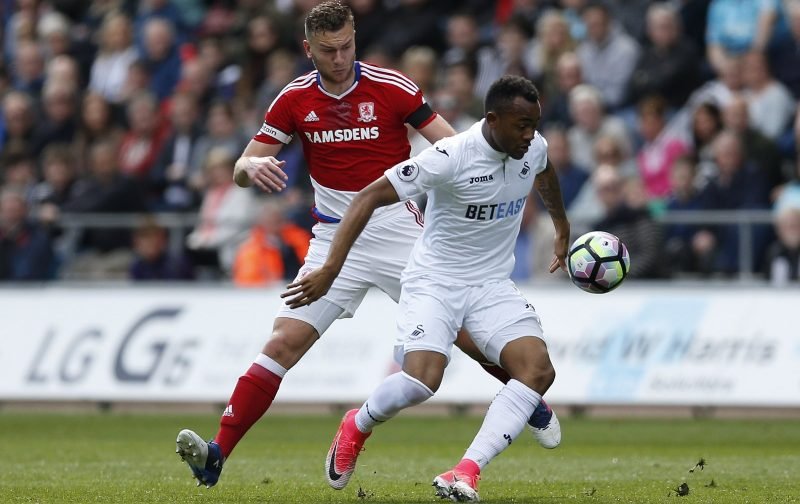 Premier League champions Leicester City are eyeing up a mega money bid for Middlesbrough centre-back Ben Gibson, according to The Daily Telegraph.

The 24-year-old has been in fine form for the North East side this term, starting all 31 of their Premier League matches, and thus being part of a backline which has conceded just 37 goals, the least of any side in the bottom half of the division.

The centre-back’s impressive displays at the heart of the Boro defence also earned him a call-up to Gareth Southgate’s England squad last month, and although he didn’t feature in either game for the Three Lions, it’s clear that he is highly-regarded and may well go on and become an England regular.

And his excellent performances for Steve Agnew’s side has also attracted the interest of champions Leicester, who are reportedly willing to break their club-record transfer fee of £29 million for Islam Slimani to land the 24-year-old, currently valued at little over £5 million, this summer.

Foxes boss Craig Shakespeare has led a resurgence which should see the Midlands side secure their Premier League status this term, given that they are 11th in the table and eight points clear of the bottom three.

However, the 53-year-old will likely already be thinking about how he can take his team to the next level next time round, and a player of Gibson’s quality would certainly bolster a backline which has conceded 51 goals this season, 15 more than their tally from the entirety of last season.

And should Middlesbrough fail to beat the drop (they are 19th and six points from safety), a deal for Gibson would probably be made slightly easier, although Leicester may have to beat the likes of Chelsea, Stoke, and Liverpool to the 24-year-old’s signature.