The Villans have struggled for the most part in their first season in the second tier, but the outlook has been much brighter in recent months given that they have picked up seven wins from their last nine matches, and suffered just one defeat in that time.

And one man they have to thank for their return to form is striker Jonathan Kodjia, who has scored eight goals in his last eight league matches, and took his tally to 19 for the season in their 1-1 draw at Burton last weekend.

Bruce will be looking to him to inflict pain on a Reading side that shipped seven away at Norwich City last time out, but remain fourth in the division.

Jaap Stam’s side have embarked on a sensational season which looks set to result in a play-off campaign in May, given that the Royals are six points clear of Fulham in seventh with just five games of the regular season remaining.

And one man integral to their promotion push this term has been striker Yann Kermorgant, who has scored 14 goals in 37 appearances for Reading, including five in his last four starts.

So, with these two key strikers set to go head-to-head at Villa Park on Saturday, here is how Kodjia and Kermorgant match up in the Championship this season… 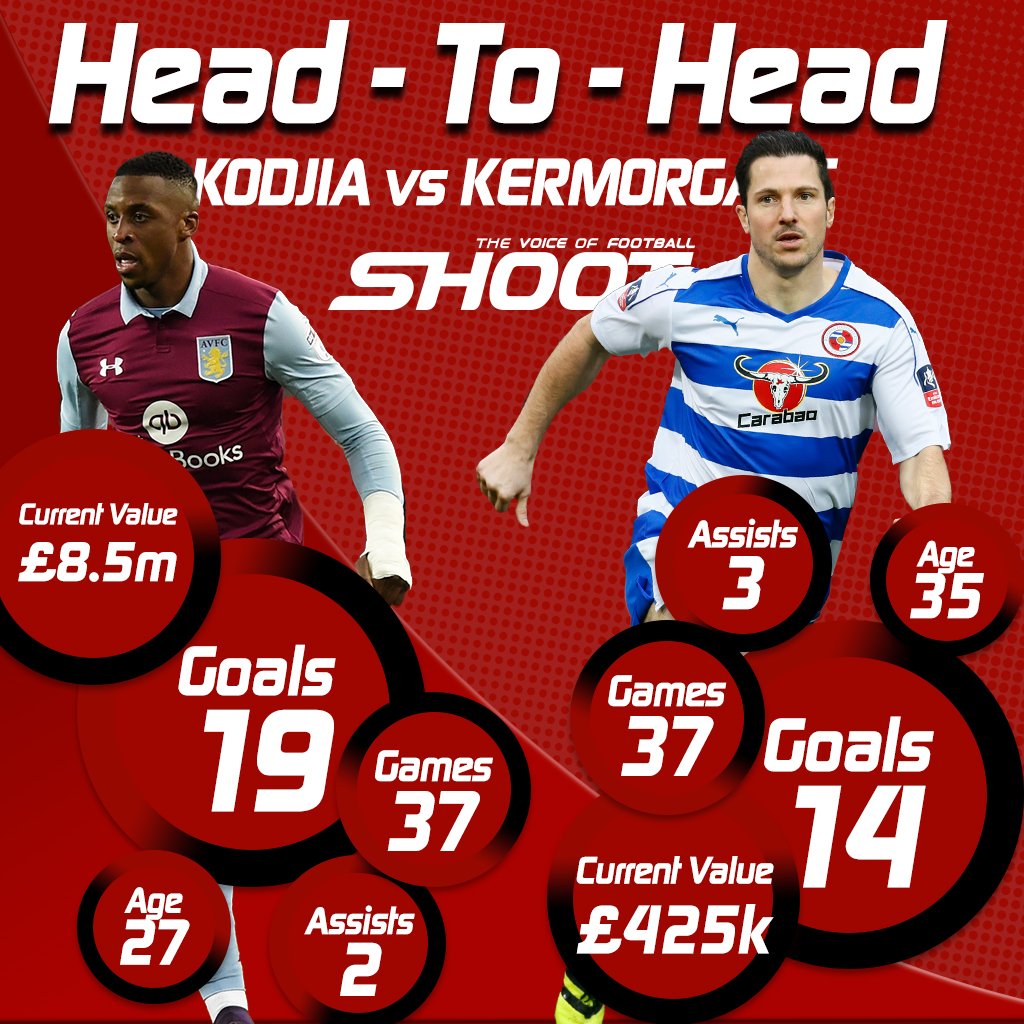