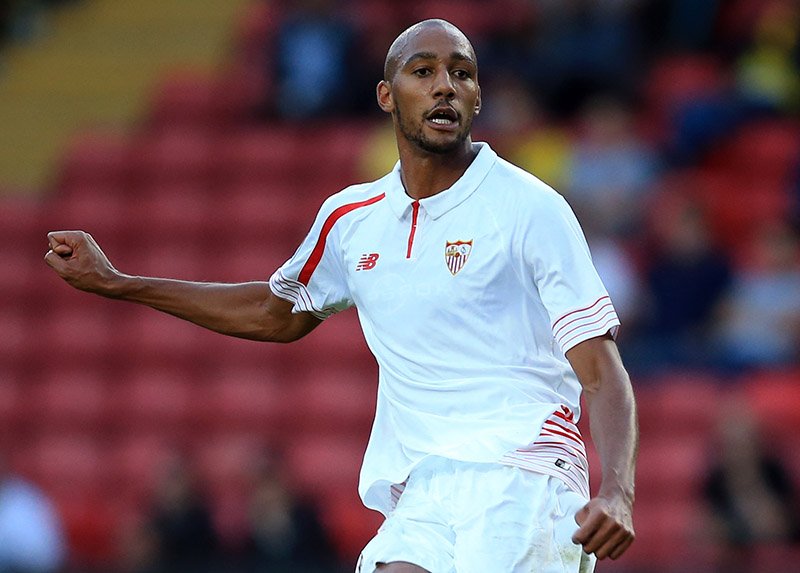 According to the Daily Star, Chelsea and Arsenal are chasing former Stoke City player Steven N’Zonzi.

The midfielder who now plays for Spanish giants Sevilla is rumoured to have a release clause of £26m in his contract. Arsenal, Chelsea and Manchester City are all said to be interested in securing the 28 year-old a return to England.

N’Zonzi’s performances have not gone unnoticed and the cut price is a worry for the La Liga side.

Sevilla are desperate to extend the box to box midfielder’s stay, but the player’s father and agent Fidele is reportedly offering no compromise in negotiations with the Spanish outfit.

N’zonzi arrived in England to join Blackburn in 2009. After three impressive years at the Lancashire side he joined Stoke City in 2012. The midfielder featured 109 times for the Potters and attracted interest from a number of top European clubs.

Sevilla bought the Frenchman from Mark Hughes’ side in the summer of 2015 for around £7m.