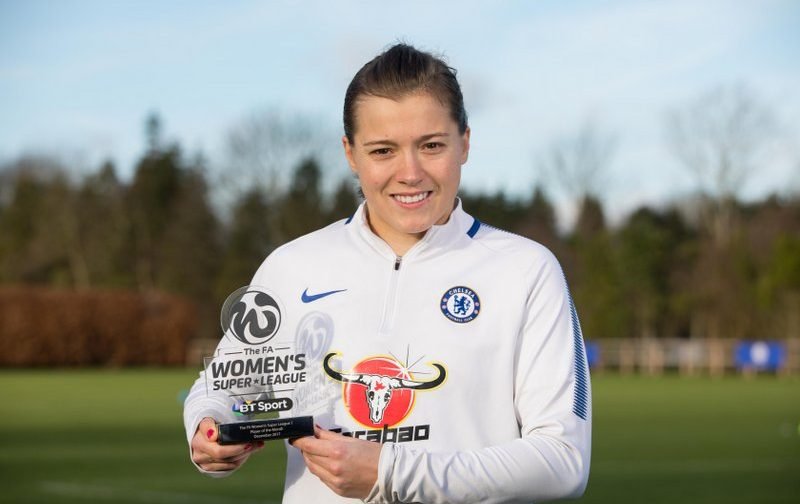 Chelsea striker Fran Kirby has been crowned as The FA Women’s Super League 1 Player of the Month for December.

Kirby has been a key player in Chelsea’s challenge for The FA WSL 1 title and FA WSL Continental Tyres Cup this season and has continued her fine form in December.

Playing in all three of Chelsea’s FA WSL Continental Tyres Cup games, the forward found the net six times including goals against Yeovil and Tottenham, and a match winning hat-trick against Liverpool to set up a semi-final against rivals Manchester City this Sunday.

She said, “Overall, I was really happy with how I performed and also as a team we got some really good results so it was a really positive month and hopefully I can continue that form throughout the year.”

Chelsea’s Francesca Kirby scores against Rosengard in the Women’s Champions League back in November 2017.

Chaplen helped her side progress in both of their FA WSL Continental Tyres Cup fixtures with two goals against Millwall, before holding her nerve in a penalty shoot-out versus Everton.

You can watch Fran Kirby in action for Chelsea when they take on Manchester City in the FA WSL Continental Tyres Cup semi-final this Sunday, January 14, at Kingsmeadow (14:00). 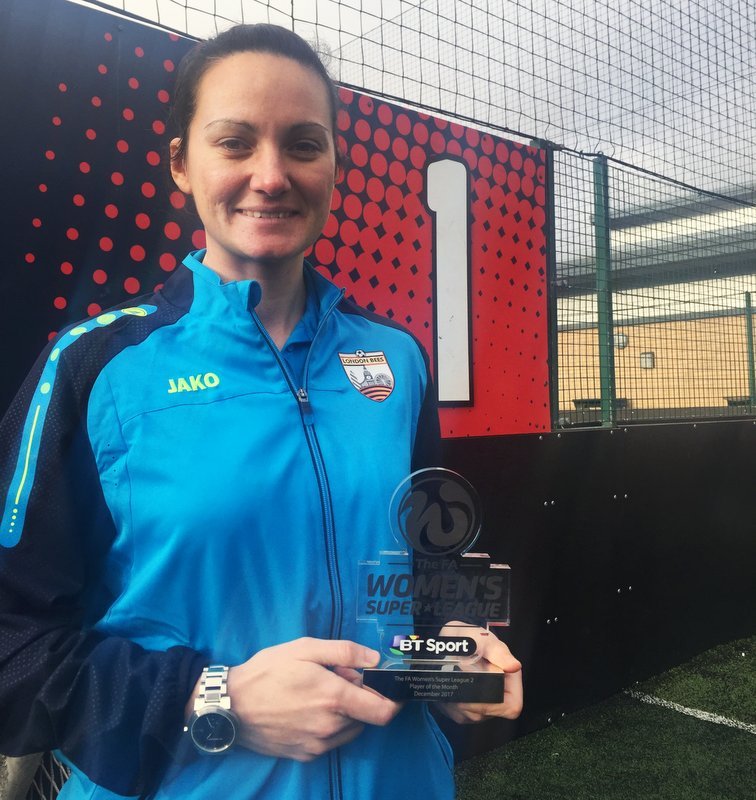 London Bees goalkeeper Nicola Hobbs has been selected as The FA WSL 2 Player of the Month for December, winning the honour ahead of Doncaster Rovers’ Jess Sigsworth and Aston Villa’s Ebony Salmon.

Fans are able to get their FA WSL fix with a selection of live games on BT Sport, BBC Online and The FA’s WSL Facebook page as well as live commentary on BBC Radio 5 Live.

For more information on the FA WSL and to get match tickets visit www.FAwsl.com. Join the conversation on Facebook and on Twitter @FAWSL using #FAWSL.