Chelsea and Liverpool in pursuit of Atalanta full-back Andrea Conti 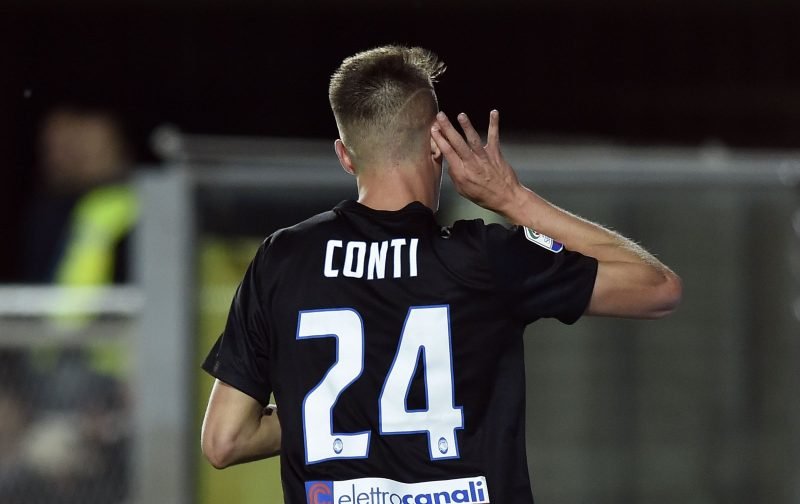 Premier League giants Chelsea and Liverpool are keeping tabs on Atalanta’s highly-rated right-back Andrea Conti, according to TransferMarketWeb (via The Daily Star).

The 23-year-old has been in superb form for the Serie A outfit this term, scoring seven goals and laying on five assists from full-back, including the opener in their 2-2 draw with league leaders Juventus on Friday.

That adds to his strike in the 3-2 success over Bologna last weekend to maintain his excellent run of form, a run which has seen him score three times and lay on one assist in his last five Serie A appearances, and thus become the joint-highest scoring defender in the Italian top-flight.

And it’s form which seems to have alerted some of England’s biggest clubs, with both Jurgen Klopp’s Liverpool and Antonio Conte’s Chelsea reportedly interested in the Italy Under-21 international.

Both sides will be looking to strengthen ahead of their likely European campaigns next season, with Klopp’s Liverpool slightly thin on the ground in terms of full-back options, while Conte will be looking to bolster his own options at both full-back and wing-back, given that Marcos Alonso and Victor Moses are currently his best and arguably only choices in that department.

Nonetheless, the Premier League duo will not only have to stave off each other but also the likes of Inter Milan, Napoli, and Roma for the 23-year-old’s signature, yet it remains to be seen whether he wants to stay in Italy or try his hand at English football.

Clearly, Conti is extremely highly-rated and has a bright future in the game, and he could certainly be either Liverpool or Chelsea’s long-term fix at full-back.