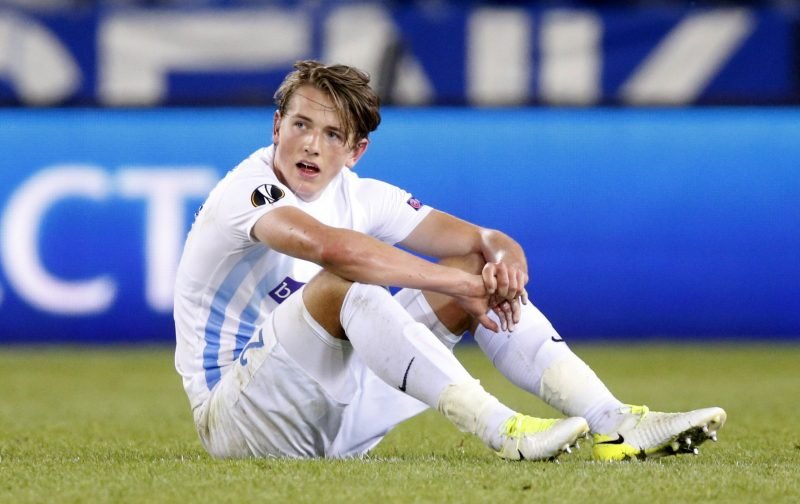 Chelsea and Liverpool are both keen on signing Genk star Sander Berge, according to reports.

The 21-year-old has played 16 times in all competitions this term, including against Liverpool in the Champions League.

And The Sun report that it was his performance at Anfield that caught the eye of the English duo.

Chelsea have bought both Kevin De Bruyne and Thibaut Courtois from Genk in the past but Frank Lampard’s side have the problem of currently being under a transfer ban.

The ban – imposed for breaking FIFA rules on the signing of youth players – could be lifted by a Court of Arbitration for Sport with a hearing starting on Wednesday.

Lampard has operated under a transfer ban since being appointed in the summer.

However, even if their ban is dropped, Genk’s sporting director Dimitri De Conde suggest that Liverpool and Napoli are the frontrunners.

“Napoli are interested in Sander, it’s a possibility a deal could be done,” De Conde told Radio Punto Nuovo.

“We also know that Liverpool are interested and [Jurgen] Klopp, after the game at Anfield (in the Champions League) complimented him on his performance.

“There are clubs in Italy who are following Berge and Napoli could be one of them, but at this stage, there are no offers on the table. From next week, things could change. We haven’t had any official contact with Napoli yet.”

Berge, who is also attracting interest from Serie A side Napoli, is currently on international duty where he won both his 19th and 20th caps.