Chelsea and Man City both in for PSV starlet Mohammed Ihattaren 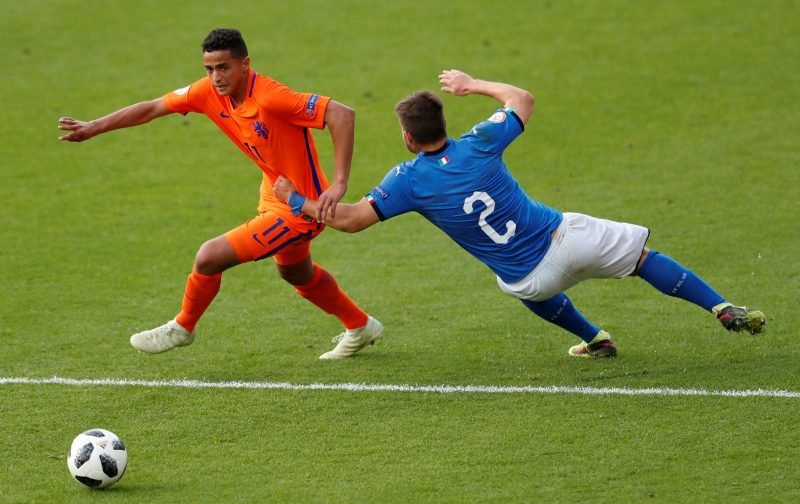 Chelsea and Manchester City are battling it out to sign PSV youngster Mohammed Ihattaren, according to reports from CalcioMercato.

Reports suggest that the Premier League sides are both prepared to fight for his signature but face strong competition from Inter Milan and Barcelona.

The 16-year-old has been performing well in the UEFA Youth League and has caught the eye of teams across the world.

The Dutchman currently plays in central midfield for PSV but also has the ability to play on the right hand side.

A Netherlands Under-19s international, Ihattaren has also featured for the Eredivisie side’s first-team once this season.

Chelsea have recruited young players from Holland in the past with Daishawn Redan signing for them from Ajax and impressing in their youth squad.

Elsewhere, Man City are on a mission to bring in the best talent across the continent to develop into future first-team players.

The capture of Ihattaren would be a huge deal for either club as he is regarded as one of the best prospects in Europe.